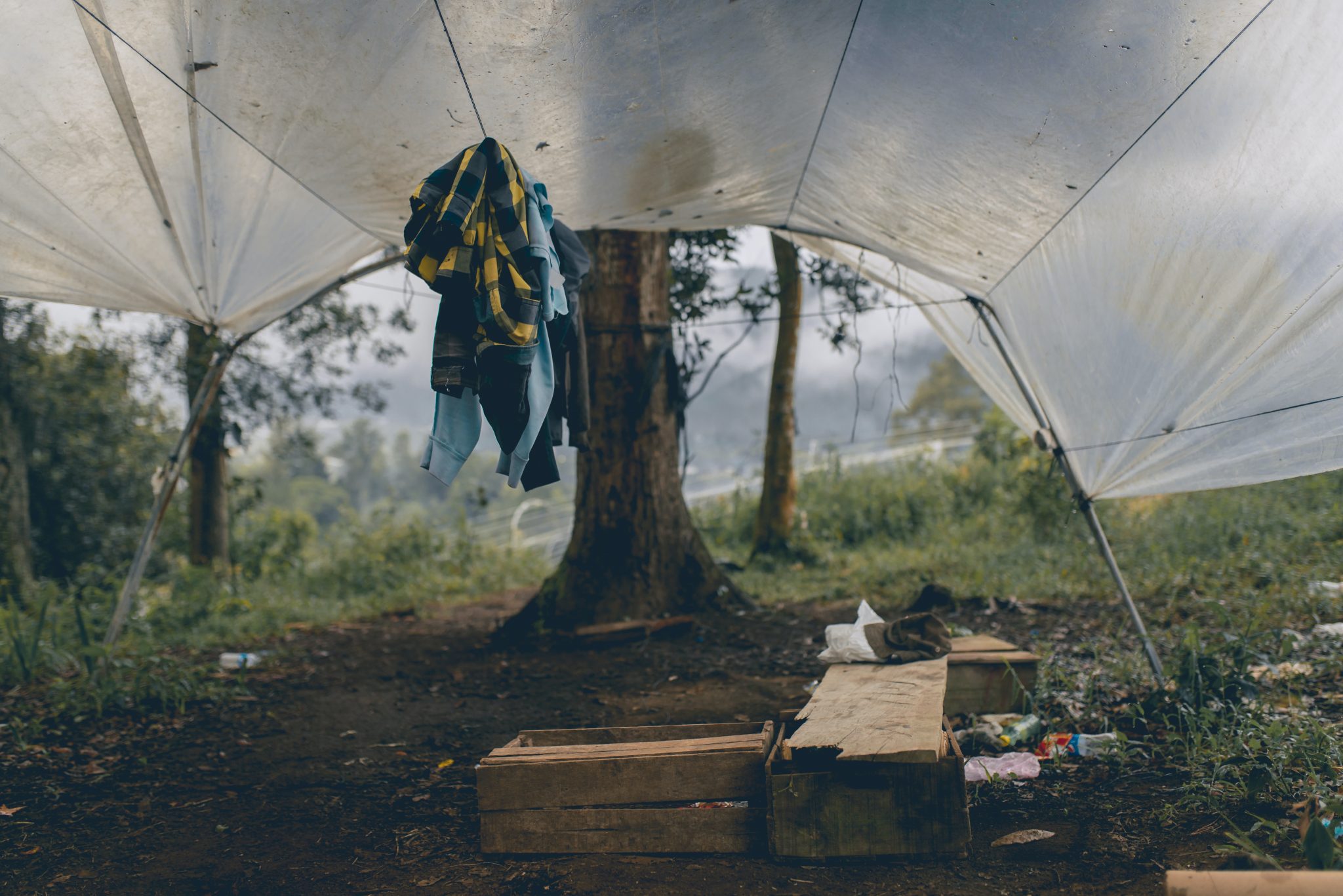 Housing First – When Will We Learn

Listen Chen’s insightful column for the Tyee – ‘Supportive Housing’ Is No Solution to Homelessness – marks another grim series of failures in society’s ham-fisted attempts to deal with the issues surrounding homelessness in our communities and correctly identifies some of the important reasons for those failures.

Solutions are readily available, and their success has been evident from Medicine Hat to Houston and many other jurisdictions across North America. Housing First is a well-established working solution to homelessness which has been proven effective. The inability of our governments to accept any of those solutions has more to do with issues such as religion, politics and ignorance than anything resembling evidence-based sound policymaking.

In 2013 the Abbotsford Homelessness Crisis brought international attention to the inhumane treatment of homeless citizens by the City of Abbotsford by exposing the fact that the City spread chicken manure on a homeless camp, with the full support and knowledge of the Salvation Army, one of the organizations tasked with protecting them homeless. It caused a full-blown public relations and political crisis for the city which was to have enormous and lasting implications for the way municipal governments are allowed to treat their citizens. Abbotsford’s mishandling of its homeless problem serves as a textbook example for municipalities which do not want to succeed.

Like many other communities and jurisdictions, Abbotsford sought solutions through police action, and in court, rather than seeking more reasonable, humane and workable policy solutions to what was, in effect, a humanitarian crisis. It’s almost as though they believed that social problems like poverty and homelessness could simply be made illegal and thereby alleviate any political or PR challenges they faced.

And so; bylaws which were enacted for completely different reasons were used as an excuse to label and remove a group of human beings in dire circumstances under the guise of social policy – an area over which municipalities have absolutely no jurisdiction.

In the end the City of Abbotsford lost a key case in the BC Supreme Court when Chief Justice Christopher Hinkson found that City of Abbotsford bylaws prohibiting homeless people from sleeping in public places violate Section 7 of the Charter, which protects individuals’ safety and security of person.

He also denied the City’s request seeking a permanent ban on homeless camping.

“Bylaws passed by the City which prohibit sleeping or being in a park overnight without permits or erecting a temporary shelter without permits violate the guarantee the right to life, liberty and security,” Chief Justice Hinkson wrote in his decision.

While that case has had repercussions across the Country by establishing the limits to which municipalities can use local bylaws against their most vulnerable citizens, municipal governments have responded as only governments know how … by imposing top-down solutions to the complex issues of homelessness which, as Chen has pointed out, are ineffectual at best and which can and have proved deadly.

It never had to be this way.

The City of Abbotsford focused on the bad press it received from media outlets across the Country and around the world (with the notable exception of their own community newspaper) and decided to deal with homelessness as a public relations problem, rather than a problem of human decency in the face a complex series of human and societal problems for which local bylaws were never designed.

Seemingly unable to learn from Abbotsford’s example, the City of Maple Ridge has followed a similar path with similar results.

Abbotsford thus began a long, pointless journey towards supportive housing and wound up once again failing the most vulnerable of its citizens and perpetuating the problem. Dealing with the issue as a political public relations problem from the start basically guaranteed that sound policymaking would play no part in the solutions government arrived at.

In 2015, the release of internal Abbotsford Police Department (APD) emails demonstrated a shocking level of disrespect and even contempt for the homeless on the part the top brass. Like the City, the APD chose to respond to the issue as if it were a PR problem and blamed the media for revealing their repugnant behaviour. Despite this attempt, the APD was forced to abandon its practice of abusing their fellow (homeless) citizens.

The question of whether or not it was smart, decent or helpful for public officials and police to deal with the tragedy of homelessness in moral and criminal terms rather than starting from the premise of compassion and care, was never asked by a community caught abusing its most desperate citizens.

Treating people nowhere to stay as criminals is incompatible with either the laws of the land, sound public policy or even basic human decency.

Homeless advocate Barry Shantz, who worked tirelessly on behalf of the homeless throughout the Lower Mainland, often closely with Pivot Legal Society lawyer D.J. Larkin, repeatedly warned the City of Abbotsford that supportive housing was a mistake that would perpetuate rather than alleviate the problems it said it was trying to solve. Even with a limited and morally questionable objective of keeping homeless people away from the businesses in downtown Abbotsford, Shantz argued that supportive housing would fail.

Shantz, who was shot dead by police at his partner’s home in Litton in 2020, was, in many ways, at war with the neoliberal view espoused by the Christian community in Abbotsford which blames social problems like homelessness, drug addiction, alcohol dependence etc. on human frailty and bad personal decisions. He argued that the majority of homeless people have arrived at their awful circumstances due to factors like childhood sexual abuse, parental abuse and personal tragedy, rather than personal weakness, shortcomings or by choice.

Indeed, some are so traumatized that being inside is simply not an option for them. Shantz argued that forcing them into government-run housing would only make the problems persist and often get worse. As Chen’s article points out, Shantz was absolutely right.

Shantz was an advocate of the Housing First idea which does not force the homeless to ‘fix’ themselves but simply provides them with basic necessities like food and shelter and leaves them to solve their own problems. The provision of professional services (medical, psychiatric, professional counselling etc.) can and does help, of course, but making any of those services a requirement for support is simply counterproductive.

Much like the safe injection concept of helping drug victims without moralizing or criminalising, housing first starts without any moral or criminal judgement. The very idea that an otherwise rational human being could decide one day that drug addiction or homelessness are positive opportunities for personal growth, or an excellent career path is laughable. And yet, our institutions continue to operate on exactly those assumptions and we seem hell-bent on punishing people whose lives have been ruined by circumstances which are most often far beyond their control.

A guaranteed national income would go a long way towards providing society’s most vulnerable members with the ability to survive without having to make the impossible choice between living in government homeless prisons or trying to survive on the streets.

Opponents of guaranteed income, housing first, or any other form of useful assistance to those who need it can reliably be found on the conservative, paternalistic, religious and intolerant side of the political spectrum. Their views tend to mesh with those who object to paying taxes or having their ‘hard-earned money’ used to help people who aren’t as lucky or privileged as they are.

On the subject of rich people’s money being ‘hard-earned,’ I’ve never seen anyone work so hard for their money as a mentally destroyed, physically ill and thoroughly beaten homeless person in search of discarded bottles in the ditches of our cities. Most homeless people work very hard, sometimes for as many as ten hours a day trying to scrape together enough cash to deal with their addictions and empty bellies.

Leaving individuals to make their own decisions about their lives sounds on the surface like a very conservative idea. Any yet, it tends to be our ‘common sense’ conservative leaders and institutions which are pushing the costly and ineffective programs that are almost guaranteed to fail and cost much more money in the long run.

If one buys into the Western concept of history being a progressive process, moving us from ignorance to understanding and improving our lives with the application of new facts and information, then adopting a conservative point of view, especially in terms of social problems like substance abuse, addiction and homelessness, appears to be a decision to perpetually be on the wrong side of history. You’d think they’d eventually get tired of always being wrong.

Government is an essential component of any solution to the cruel savagery of homelessness; but only in providing funding and safe housing. Moralising or applying out-of-date, inappropriate laws and programs which have been proven to fail, just makes things worse. Both government and the church have repeatedly demonstrated the horrors they inflict when they try to ‘fix’ social problems like homelessness. One need only look at the mounting body count of the children destroyed in Canada’s residential school system for evidence of the ruthless, agonizing brutality institutional solutions to human problems can deliver.

Supportive housing provides a lot of middle-class jobs to self-styled experts contracted by the government to solve homelessness. But the evils and the dangers visited upon the people we are supposedly trying to help far outweigh the benefits to the small number of contractors who benefit from the government’s willingness to abdicate its responsibility to the human beings it is supposed to serve and do whatever it takes to keep them off the streets and away from their fellow citizens.

Housing first and a guaranteed national income are just two examples of good public policy which can provide relief and hope to the people most damaged and victimized by our paternalistic and materialistic culture.

We need to stop shopping out the care for our most vulnerable fellow citizens and, more importantly, we need to stop passing judgement before lending a hand to those who need it most. Religion, politics and policing have no place in the treatment of broken human beings, the majority of whom have already been the victims of unspeakable abuse.

Mike Archer is a municipal government Communications Coordinator who was co-founder and Managing Editor of Abbotsford Today during the Abbotsford Homelessness Crisis.