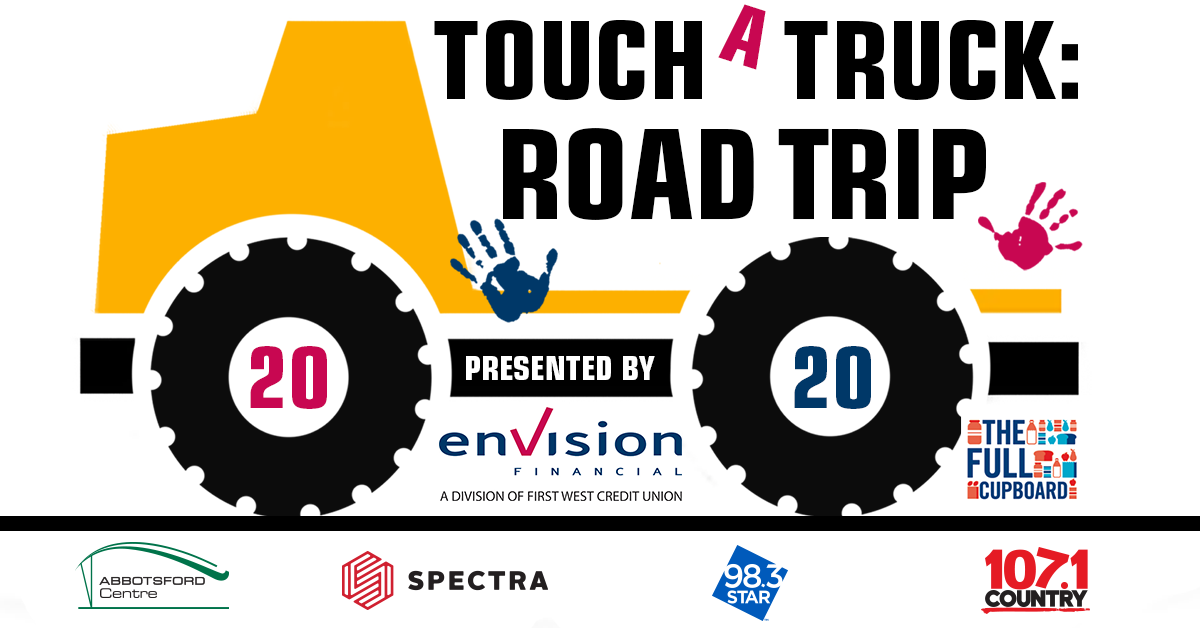 THE ABBOTSFORD CENTRE HAS TEAMED UP WITH ENVISION FINANCIAL TO PRESENT THE 1ST VIRTUAL TOUCH A TRUCK: ROAD TRIP SERIES, AIRING EVERY TUESDAY IN SEPTEMBER

Abbotsford, BC (August 25, 2020) – This year the Abbotsford Centre and Envision Financial, a division of First West Credit Union are bringing Touch a Truck to you with our virtual series, Touch a Truck: Road Trip! This will be a fun, educational, five-part series for the whole family, sponsored by Envision Financial, Spectra Venue Management, STAR FM and Country 107! Tune in to the Abbotsford Centre’s social media channels every Tuesday in September at 3 PM to check out exciting new exhibits including tanks, tractors, motorcycles, fire trucks, heavy equipment and more!

Additionally, throughout the month of September the Abbotsford Centre Envision Financial Box Office will serve as a drop off point for non-perishable food items that will benefit Envision Financial’s The Full Cupboard, which in turn goes to the Archway Food Bank of Abbotsford. Monetary donations can also be dropped off at the Box Office or you can donate online at: abbotsfordfoodbank.com/donate by writing ‘Touch a Truck’ in the message section. As a thank you, anyone who donates throughout the month of September will be entered to win one of several prize packs including the grand prize of a Nintendo Switch Lite and $50 gift card to the Nintendo store.