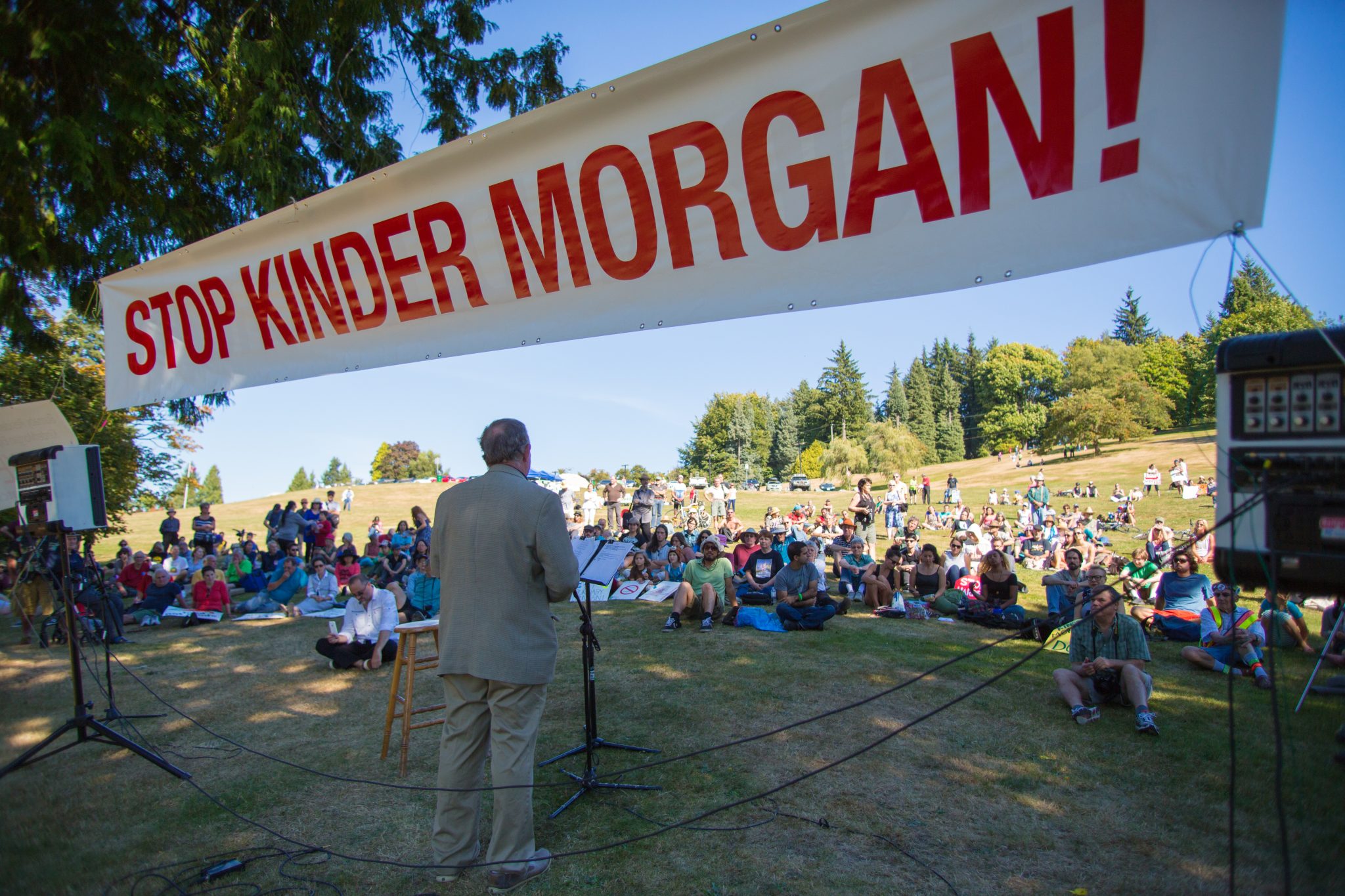 Why Is It So Hard to Give a Clear Answer?

By The EditorJuly 4, 2019Print Edition
No Comments

The success of undergraduate students, those enrolled in a bachelor’s degree program, is determined by a myriad of tests, exams, assignments, essays, and research projects. Undergraduates are part of a mass of largely anonymous students, they have many professors, and there are appeal mechanisms if they disagree with an assigned mark. But it is much different for graduate students, those who have already graduated with a bachelor’s degree and are hoping to earn a master’s degree or a doctorate. Graduate students frequently work one-on-one with only two or three professors and with only one professor in particular, their thesis advisor. This being the case, a student’s fate can be decided by the whim of a single professor.

As in all occupations, there are many professors who are fair and just, good and equitable. And there are some who are, well, tyrants.

This being the case, there are examples of tyrannical professors keeping a grad student hanging around for years—doing one more reading program, one more research assignment, one more research paper, etc.—with no intention of ever granting the student a degree.

Why would a professor do this? For two reasons, or maybe three. First, governments give much larger grants to universities for a graduate student than they do for an undergraduate student, and that money helps to pay the professor’s salary, with all its perks, and to keep the university solvent. Second, graduate students can be useful research assistants, doing most of the grunt work while the professor gets all the credit. They provide free or cheap labour. The third reason? Universities would never admit it, but some professors just seem to enjoy the power trip, holding another human being’s life and career in their hands.

When I was working on my doctorate, there was a young man who had been a graduate student in the department for seven or eight years and was still a long way from earning even a master’s degree. The assessment by the other students was that he was not so much a scholar or researcher as he was a social activist. He had been able to finance those wasted years because he was the son of wealthy parents (as many social activists are). University administrators finally took pity on him and expelled him from the program for not making more progress toward a degree.

And then there is the case of the patron saint of graduate students Theodore Landon Streleski. Streleski was a graduate student in mathematics at Stanford University who murdered his former faculty advisor, Professor Karel de Leeuw, with a ball-peen hammer on August 18, 1978. Shortly after the murder, Streleski turned himself in to the authorities, claiming he felt the murder was justifiable homicide because de Leeuw had withheld departmental awards from him, demeaned Streleski in front of his peers, and refused his requests for financial support. At his trial, Streleski said that the slaying was “a rational act” meant to dramatize his claim that Stanford mistreated its graduate students. Years later, when Streleski was released from prison, he refused to say he was sorry for what he had done, repeating that in his opinion the professor had deserved it. Streleski was likely mentally unstable, but he may have had a point. At the time of the murder, he had been pursuing his doctorate in the mathematics department for 19 years.

This brings us to consider the actions of other unreasonably tyrannical authorities.

An obvious example is the case of Enbridge Inc., which spent about 10 years and over a third of a billion dollars trying to get approval for its Northern Gateway proposal to build a crude oil pipeline from Alberta to Prince Rupert, BC. That proposal was never turned down. It had passed through many stages of the approval process without ever being allowed to begin construction. The process dragged on for so many years that Enbridge just gave up in frustration.

Personally, from my very limited knowledge of the subject, that proposal seemed inferior to Kinder Morgan’s proposal to double its already existing Trans Mountain oil pipeline from Alberta to Metro Vancouver. That pipeline has also never been turned down. In fact, it has been approved at several stages. But it has never been built. Kindred Morgan also gave up, finally selling the pipeline to the federal government for $4.5 billion. Kinder Morgan’s shareholders rejoiced when Kinder Morgan executives found a lucrative way to escape from the legal and political quagmire they were in. Construction has still not begun on the twinning of the pipeline, and it remains to be seen whether the government will ever get the project built. While the government is scheduled to give final approval to the project in June, some group could easily launch another legal challenge and bring it to a grinding halt once again.

And the Liberal government is making the process even more difficult through its Bill C-69, which is wending its way through Parliament. Bill C-69 will create three additional hoops for companies who want to build projects such as pipelines to jump through. First, there must be an additional “consultation” phase with environmental and indigenous groups before the formal assessment and approval process can even begin. Second, the bill will allow anyone for any reason (not just those with “standing,” that is, those who will be directly affected by the project) to intervene in the approval process, which will greatly lengthen the proceedings. Third, the bill will force companies to satisfy objections based in science, but also objections based in traditional indigenous knowledge and objections based on sex and gender equality. A company will have to demonstrate that its pipeline will promote LGBTQ rights.

In graduate school, after I had been in the program for a year, I went to my senior advisor, the professor I worked under most closely, and asked, “You’ve seen my work for a year. Do you think I’m going to make it?” I was quite willing to keep working on the program, but if I wasn’t going to make it, I would rather have known then than waste several more years attempting something I was never going to achieve. My professor was surprised. It was a question rarely asked. He did not promise me that I would succeed. But he did tell me I was doing well and was not wasting my time. After a few more years of hard work, I was granted my PhD.

Like me, when facing regulatory agencies and governments, most companies would prefer to have straight answers. They would rather be told no than maybe. If they are told no, they can stop wasting time and go off and do something else.

But companies also deserve to be treated fairly. There should be very clear standards, and companies should be given clear and timely answers based on those standards.

It should also be said that governments are elected to make decisions. On difficult or controversial issues, too often governments are afraid to make a decision, afraid that someone will be upset. Instead, they put off the decision, dithering and postponing in the hope that they will find an easy way out. They offer vague answers and outright deception, promising everything to everyone and trying to keep everybody happy. In the end, they make no one happy. Not to decide is to decide. And too often this means that the answer ends up being no even when the government had no real intention of saying no, and nothing gets done.

I am aware that major, complex projects need considerable study and research before a decision can be made on their impact and whether they should be approved. I am also aware that there are differing opinions on what standards should exist and that political processes can be slow and cumbersome. But no process should take ten years and a third of a billion dollars. It is unreasonable to expect a company to invest that amount of time and money and still not be given an answer. In future, what company would ever invest that kind of money in any Canadian project?

Instead, like tyrannical professors, our governments demand that companies undertake one more study, engage in one more consultation, meet one more court challenge, meet with one more regulatory body—with no prospect of ever being given an answer. And all the time, these companies are spending more time and money for nothing. If governments don’t want development, they should simply announce that and save everybody a lot of wasted time and effort.

This issue is not a problem just for oil pipeline companies but for almost all potential investors in Canada. And it is not just an issue at the federal government level. Provincial governments can be just as unreasonable. At the municipal government level, developers do not complain so much about the requirements to meet environmental and community standards as they do about red tape, bureaucratic delays, and political indecision.

Time is money. Justice delayed is justice denied. It is not fair for governments to string companies along for years when they want to avoid making hard decisions or when they have no intention of ever approving the proposed projects. This is no more fair than university professors stringing along graduate students for years with no intention of ever granting them a degree. It is much kinder and fairer to say no, they don’t measure up, than to keep them jumping through hoop after hoop. Why is it so hard to say no—or even yes?