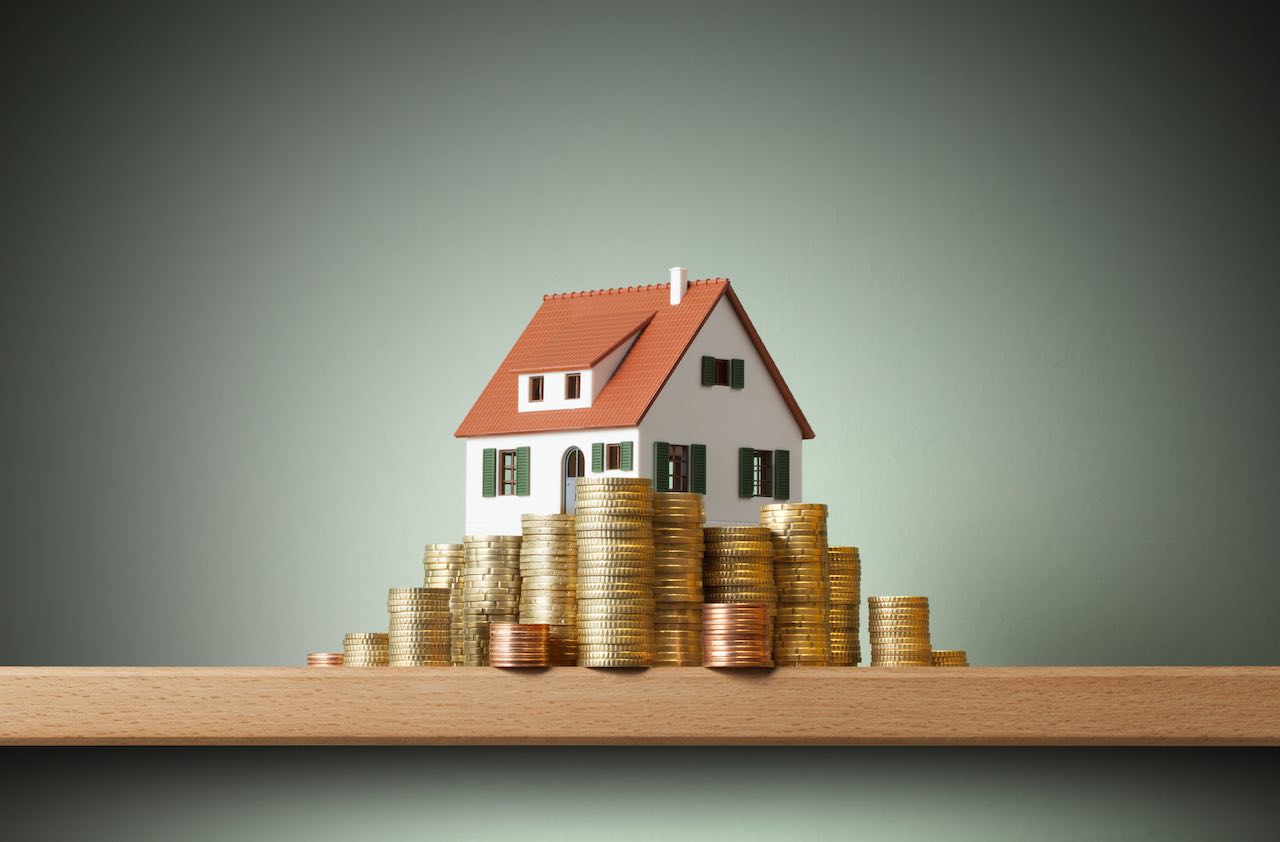 What You Don’t Know About Property Taxes

By The EditorJuly 4, 2019Local, News & Politics, Print Edition
No Comments
Listent to the companion Podcast to this article for even more content!

Mayor and Council approved a 3% increase, but that’s only part of the story. We explore all the facts and figures, including comparing Abbotsford to the rest of the cities in the region.

Many times, we’ve written columns over the years on Abbotsford Property taxes. It is a little bit like playing that game where you hit the fluffy animal on the top of the head, but he just pops up somewhere else.

We have constantly written columns, calling into question the justification for tax increases. However, recently Mayor and Council passed a 3% Property Tax increase that included some of the worst excuses we’ve yet to encounter. We’re going to address a couple of them in this column.

When asked about the increase, Mayor Braun stated that most of the jump is due to the Employer  Health Tax (EHT). The total cost for the EHT next year is $1.7 million, but it will decrease by $500,000 the year after. Will we get a 0.5% rebate on our taxes then? Or will you just collect the extra half a million every year…forever?

These shenanigans with your money are not new.

If you recall, the Mayor, and all of the Abbotsford First candidates ran, at one time or another, on a promise of showing you the Plan A tax amount on your Property Tax Statement. That hasn’t been done, and now, neither will this. When Plan A is paid off , it should result in an 11% decrease in your taxes. Obviously, the overcharging
in this latest increase pales in comparison, but it is indicative of the attitude at City Hall. They believe that if they can take your money, they should.

Surely, Mayor and Council could have floated $500,000 for a single year out of the $160 million surplus the City is currently enjoying! More on that surplus later, but this small amount does not mean “that staff worked really hard to keep the increase as low as possible”. Have you ever noticed that they say that every year tax rates come out? Funny…you’d think that it would just be staff ’s job to do that. They shouldn’t really have to “work hard” at something that happens every year.

In addition to the EHT excuse, a large percentage of the increase is attributed to policing costs. We’re going to tackle that in another column, but suffice it to say, it is my opinion that those funds are not going in the right direction…and those funds are important because Abbotsford citizens are “taxed” out.

The facts are indisputable to anyone who does their homework…Abbotsford’s Property Taxes are among the highest in the Lower Mainland. If you had read the article in the local newspaper announcing the impending increase, you would think we are all doing just fine here in Abby. However, just because “staff ” or “Council” says it is all OK doesn’t mean you have to believe them.

You can see the latest tax rates in the table below. This is sourced from the most recently available 2018 data.

First Highest Rate Second Highest Rate Download and view the data right along with us – Visit the BC Provincial Government web site where you can download all of the official spreadsheets referred to in this article. Visit: https://www2.gov.bc.ca/gov/content/governments/local-governments/facts-framework/statistics/tax-rates-tax-burden

Let’s talk about this table so that we can understand what it means.

The General Municipal Tax Rate is the “discretionary” tax rate that your local politicians basically decide on. Other taxes make up your total tax bill, including allocations for schools, etc.  Therefore, it is only fair to compare the General Municipal Rate when comparing one city to the next. Nevertheless, we have included the Total Tax Rate for the selected cities above for reference.

As you can see, Abbotsford is clearly Number 1 for the highest Residential Property Tax.

So, now what usually happens is the politicians who set this rate will see this column and being to equivocate. The Province even invented a whole new category called “Tax Burden” so that it wouldn’t look so bad for them. Why? Well, the Province of BC is shifting more costs down to the Municipalities and they know that means that cities like Abbotsford will have to raise rates well beyond the rate of inflation to keep up.

So, Tax Burden makes Abbotsford look much better because we have more people per household and lower overall property values than, let’s say, Surrey.

However, you can’t view these numbers in isolation.

Yes, our property values are lower than Surrey, but we also make, per capita, approximately $5000 per year less than the Provincial average. In other words, Tax Burden is based on a head count, not on the ability to pay.

Isn’t it amazing that they can even call it an analysis of Tax Burden when it doesn’t take income into account. Sure, politicians at the municipal level are used to levying taxes based on something arbitrary like property value and not anyone’s ability to pay, so it only stands to reason that when contriving an excuse for taking our money, they would ignore that fact too.

So, let’s go deeper in the numbers now that we can throw out silliness like determining if our Property Taxes are correct based on Tax Burden. Let’s look at real property values. Let’s also use numbers provided by the Fraser Valley Real Estate Board.

In March of 2019, the average home price in Abbotsford was $817,639. Therefore, you would pay the following taxes based on the table above:

Now, let’s compare that to Surrey where the average home price was: $1,107,899. Therefore, in Surrey, you would pay the following taxes based on the table above:

Well, that is a lot less isn’t it? You may be thinking …

Hey, you can’t compare us to Surrey, they have a bigger population base and so they get the revenue they need to serve that large population by having more people to collect from.

OK…would you be happy if we compared ourselves to Langley? Average price in Langley: $1,021,442.

Still a lot less! Are there any more excuses? How about these aren’t assessed values, they are sale prices. You are right, but who cares! The 2 numbers are related proportionally…just ask any realtor.

I know what you’re thinking…

What about the “representative house” they talk about whenever they bring up taxes? Doesn’t that matter?

If you answer ‘no’ to that question, then the whole concept of defining a “representative house” is invalid. If it doesn’t represent the same set of conditions, adjusted for value, in all communities, then it is NOT representative.

If you answer ‘yes’ to that question, then how come the numbers look like this:

Once again, Abbotsford is number 1.

So… Let’s examine the only excuse that is left.

The City of Abbotsford “needs” your money.

That would be a great excuse except that, as of the latest available Financial Statement (2017), the City of Abbotsford showed an accumulated surplus of nearly $160 million. So, the city has raised your Property Taxes without any reason. They have demonstrated no explanation of why they’ve collected this massive surplus or what they will spend it on, and  they continue to raise your taxes, well above the rate of inflation, hoping that you’re so used to it, you won’t notice.

So Abbotsford, ask yourself… how much more of your money are you willing to have sit in the City’s bank account instead of your own? If your Mayor and City Council couldn’t give you a break from taxes in the period of one of the biggest property value increases BC history, then it is unlikely you will ever get that break.

Oh, by the way….if you gave that surplus back to each of the 45,000 homeowners in town, it would equal a rebate of $3,555 per household. That’s how much one could arguably say you’ve overpaid
in the last 4 years. How do you feel now about a 3% increase, or the statement that it is “only $68 more per year” for a representative household in Abbotsford?

Do you feel like your Mayor and City Councillors are being good stewards of your money?

Tell us what you think about Abbotsford Property Taxes. Tweet us @abbotsfordtoday, or comment on the story below. You can send your thoughts directly to Mayor & Council by visiting https://www.abbotsford.ca/city_hall/mayor_and_council/connect_with_mayor_and_council.htm