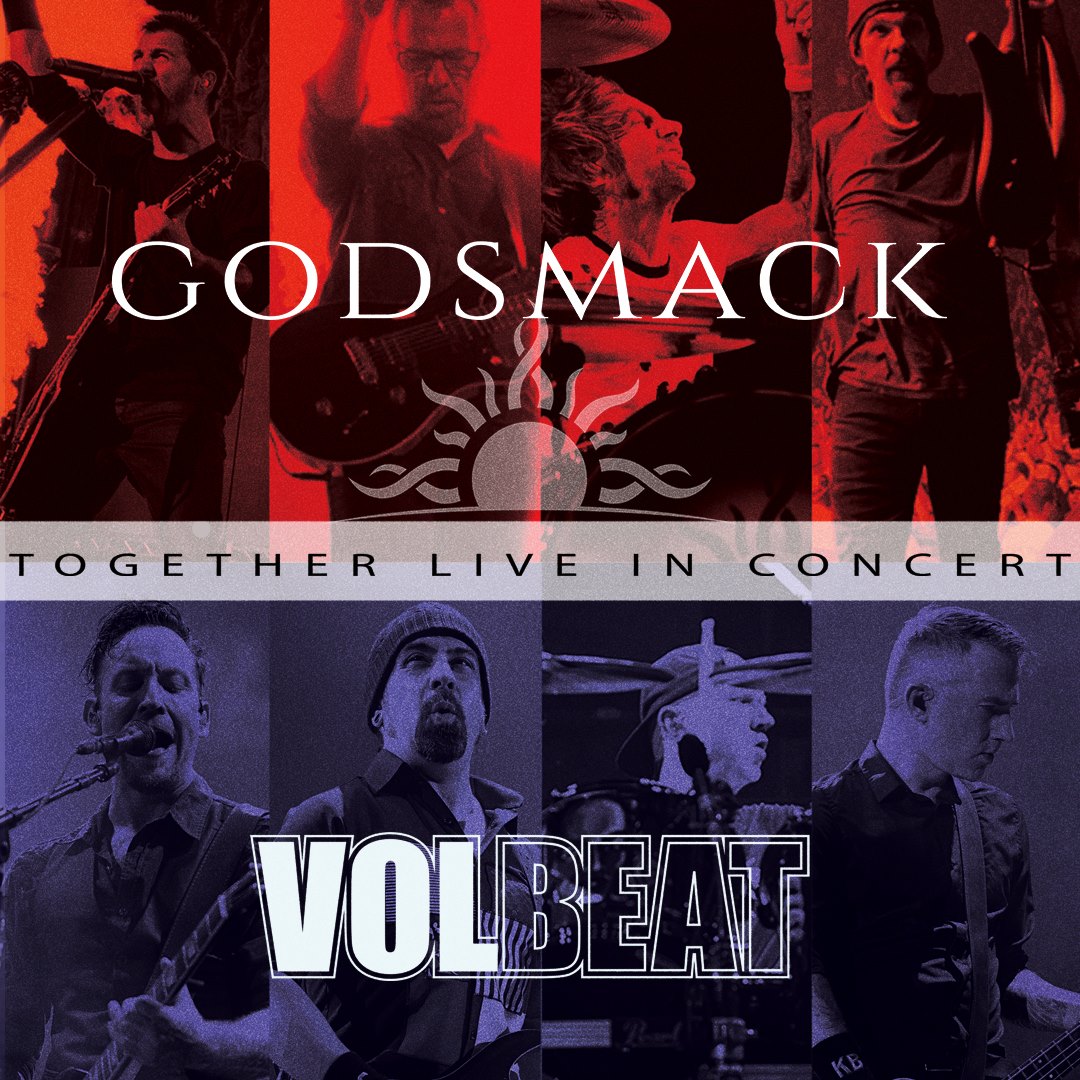 ABBOTSFORD, BC (December 10, 2018) –  This morning, the Grammy nominated Danish band Volbeat confirms seventeen new tour dates with Godsmack throughout the U.S. and Canada in April and May of 2019. The tour will kick off with a string of dates in U.S as special guests to Godsmack before the pair embark on a cross-country coheadline tour of Canada (full dates below). Additionally, two tiers of VIP packages will be available for these dates, a “Meet & Greet + Backstage Tour Experience” and a “Fast Track + Early Entry Package,” and full information is available here. Tickets for these newly announced dates will go on sale here on Friday, December 14th at 10am Local Time, (with the exceptions of Omaha, which will go on-sale on Friday, Dec. 14 at 1pm Local Time, Edmonton and Abbortsford which will both go on-sale on Friday, Dec. 14 at 12PM Local Time, and Saskatoon which will go on-sale Saturday, Dec. 15 at 10am Local Time).

Volbeat recently announced the release their live album and concert film, Let’s Boogie! Live From Telia Parken, on December 14th via Republic Records/Universal Music.  The 26-track album commemorates and memorializes the record-breaking 2017 concert, and  includes live versions of Volbeat’s chart-topping hits “Still Counting,” “For Evigt,” “The Devil’s Bleeding Crown,” and “A Warrior’s Call” as well as a live performance of a new song, “The Everlasting.” Special guests on the album (in order of appearance) include Mille Petrozza, Johan Olsen, Mark “Barney” Greenway, Lars Ulrich, boxer Mikkel Kessler and Danko Jones. Find a full list of guest performers below. The album and concert film will be available in the following configurations: BluRay /2 CD, DVD/2 CD, 2 CD, 3 LP vinyl, and digitally.  Pre-order Let’s Boogie! Live From Telia Parken on all formats here: https://umg.lnk.to/letsboogielive

Volbeat emerged from Copenhagen in 2001. Since then, they’ve tirelessly clawed their way to hard rock’s upper echelon with endless touring and a string of six beloved full-length albums. Recently, their 2010 album Beyond Hell/Above Heaven, which features hit singles “A Warrior’s Call” and “Heaven Nor Hell,” received RIAA Gold Certification. 2013’s Outlaw Gentlemen & Shady Ladies bowed at #9 on the Billboard Top 200 upon release marking the highest U.S. chart entry for a Danish Act since 1997 until the band’s 2016 album Seal The Deal & Let’s Boogie topped it by debuting at #4.

Godsmack released When Legends Rise earlier this year via BMG (US) and Spinefarm (Worldwide), marking the band’s seventh studio album and their first in four years. When Legends Rise is available on CD, LP and Digital; purchase or stream it here.