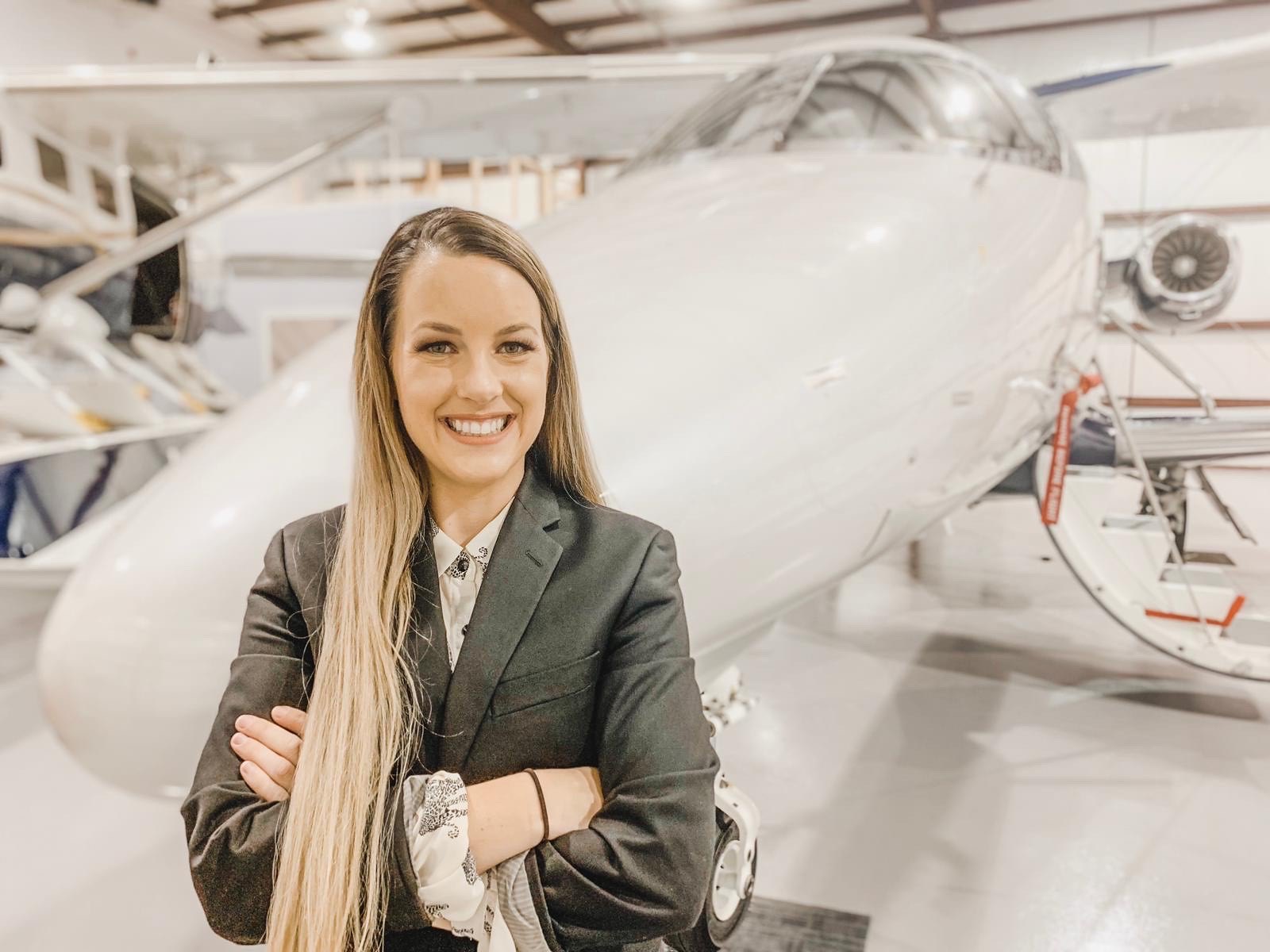 Sonya Sangster came to the University of the Fraser Valley because she wanted to fly.

And she did, in more ways than one.

Sangster’s UFV education gave her the wings she needed to fly airplanes and to be a leader in helping women in the international development field.

The Bachelor of Business Administration in Aviation degree she earned from UFV in 2006 prepared her to be a professional pilot, but also provided the academic foundation she needed to continue her economics studies at the graduate level and apply what she learned in her work in the international development field as CEO of the Tekera Foundation.

Sangster’s career of helping others led to her being chosen as UFV’s Distinguished Alumni award winner for 2019. She will be honoured at UFV’s Town and Gown event on November 13.

She started her career in the air, flying as a professional pilot for 13 years.

“UFV provided the perfect combination for me, because it allowed me to attend business school while obtaining my training and licensing as a pilot. My parents really encouraged me to get a broader education than just flight training. And it paid off for me later, as my business degree helped me get into my master’s program at London School of Economics.

“It’s interesting how life brings you down a path. Combining business and aviation studies opened so many doors for me. If I hadn’t taken the BBA Aviation program at UFV I wouldn’t have flown planes, and wouldn’t have seen what I saw in other countries, which is what inspired me to pursue humanitarian work.”

During her flying career, she chose to work for part of that time for a company that only flies on missions for the United Nations and NATO.

This led to some interesting adventures.

“I’ve flown into the jungles of the Central African Republic to pick up warlords for peace talks, and I’ve done missions into some pretty intense conflict zones.”

She even called her parents to say goodbye to them once from the Congo because she didn’t think she was going to make it out during a rebel attack.

While flying for a living she volunteered at Oxfam Canada running their volunteer engagement program, which encompassed global themes such as women and food security, accessible public services, fair trade, climate change, and gender justice.

She also became a training captain, and trained other pilots on the complicated nature of conflict and humanitarian line flying.

By age 30 she had “capped out” her aviation goals and was looking to do more hands-on work in the humanitarian field.

Her master’s degree from the London School of Economics and her volunteer experience helped her transition into a new career championing innovative solutions to international development through her work with the Tekera Foundation.

The London School of Economics is difficult to get into, but they were impressed with her dedication and her business education background.

“They were able to pull out the transcripts of my UFV economics and global business policy courses — classes I did really well in — and see my potential.”

And she followed through on that potential, graduating from LSE at the top of her class.

After graduation she took a position working for an international development organization she helped create, The Tekera Foundation.

Its unique model, which Sangster helped design, has been praised by the international community and Canadian government alike.

Tekera works with one community at a time to build social services (including education, hospitals, agricultural support and co-ops, microfinance/community savings and off-grid currency creation, vocational trades training) and then launches small-to-medium businesses whose revenue goes back into funding these social services — breaking the cycle of international development dependency.

Sangster was selected as one of eight leaders to work with Global Affairs Canada to help develop and implement its Feminist International Assistance Policy — particularly their engagement strategy with civil society organizations.

She has found that her business education at UFV comes in handy in her work with the Tekera Foundation.

“My business degree provided me with a lot of applied skills that I use in areas such as accounting, business ethics, and project management.”

Sangster grew up in South Delta, BC, and continues to live there today.