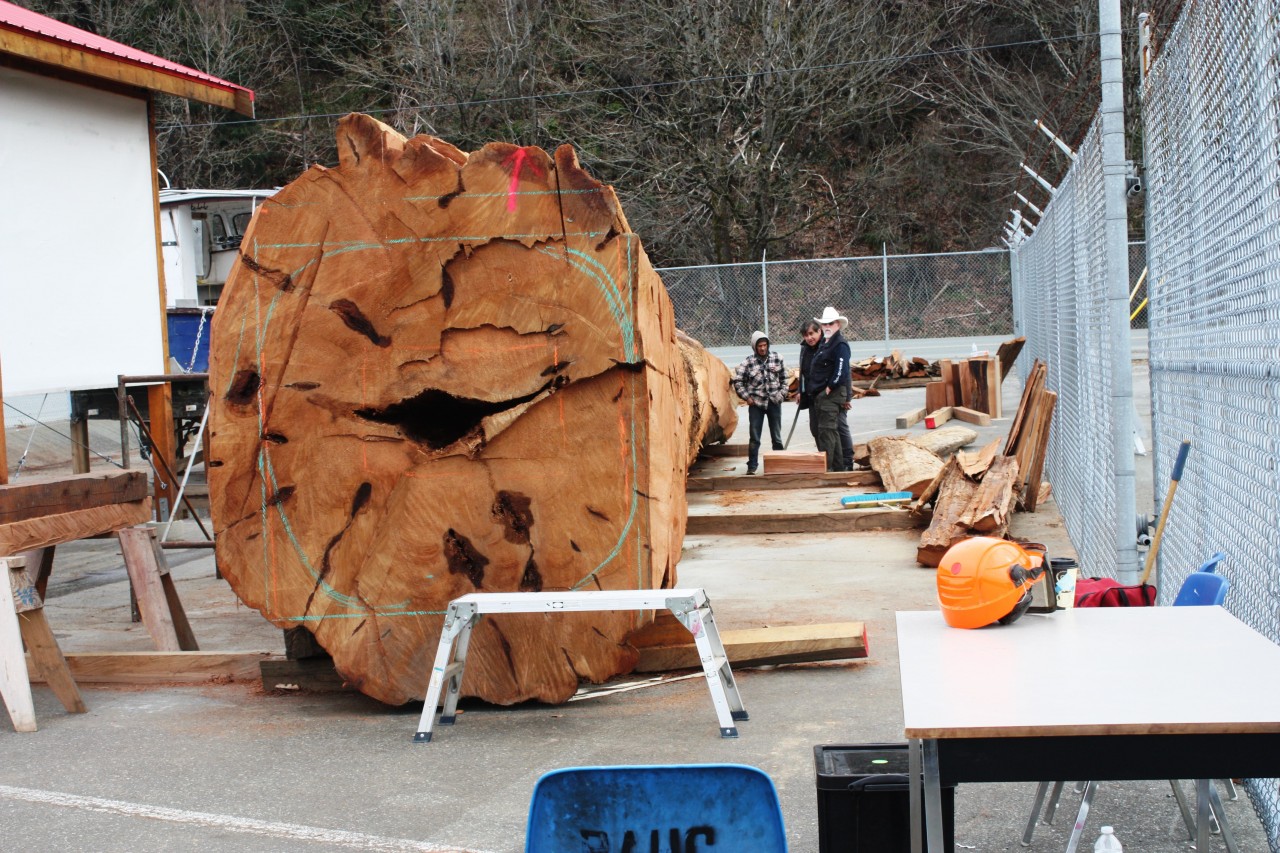 By The EditorSeptember 16, 2019October 1st, 2019News & Politics, Provincial
No Comments
“… the spiritual connection – that cord – can go a long way and reach and travel…. If spiritual support is there, that’s the strength that we needed at this time to move forward and that changed everything.”
– Master Carver Tim Paul –

In a newly-released 4-minute video posted on the FNEF website, Tim Paul talks about the spiritual support these visitors gave to the carving team and how it gave them the strength to carry on and make sure they finish the pole this year to bring recognition to Indigenous languages throughout the world.

“People must realize the power of prayer. What Leroy does for us, what Rose does for us, when they go back home, the spiritual connection – that cord – can go a long way and reach and travel,” Tim Paul says in the video. “If spiritual support is there, that’s the strength that we needed at this time to move forward and that changed everything.”

In late July, the First Nations Education Foundation (FNEF) issued an urgent appeal for funds to keep the pole carving project on schedule. Thanks to efforts of many, the pole carving work led by Tim Paul could potentially be completed by the middle of October, which will make it possible for the project to stay on track and for the pole to be raised this year – during the 2019 U.N. Year of Indigenous Languages – if the engineering work, and the necessary funds to complete the engineering work, can be found quickly.

In late July, Les Doiron, the volunteer CEO of FNEF and former President of the Yuułuʔiłʔath Government (the Ucluelet First Nation), noted that the Language Revitalization Pole was in “a race against time” in much the same way as Indigenous Languages worldwide, adding that the Language Revitalization Pole project, and what it symbolizes, is of utmost importance to all First Nations and to Indigenous Peoples across Canada.

In July, FNEF Executive Director, Scott Jeary, reiterated the importance of raising awareness of the plight of Indigenous Languages to help “frustrate and reverse the countdown to extinction” facing so many of them; Indigenous languages here in B.C. and Canada and those around the world.

Jeary and Doiron say they are grateful to all those who responded with generosity to the group’s “Raise the Pole” fundraising campaign this summer, such as Christopher Devlin of DGW Law in Victoria who – after providing a significant financial contribution to the project – issued a pledge to donate $10,000 more if individuals and/or companies can raise $10,000 in matching funds.

Those who would like to contribute to the Language Revitalization Pole project can do so through the donation link on the FNEF website at https://fnef.ca/donate/. FNEF is a registered non-profit with CRA Charitable Status and can issue tax receipts for those who would like to receive one.

In 2016, the United Nations General Assembly adopted a resolution (A/RES/71/178) proclaiming 2019 as the International Year of Indigenous Languages, based on a recommendation by the Permanent Forum on Indigenous Issues. At the time, the Permanent Forum expressed concern that 40 per cent of the world’s estimated 6,700 languages were in danger of disappearing – the majority belonging to Indigenous peoples.

For additional background information on the FNEF Language Revitalization Pole project and the Barkley dialect language revitalization program, please see the links to online resources below.