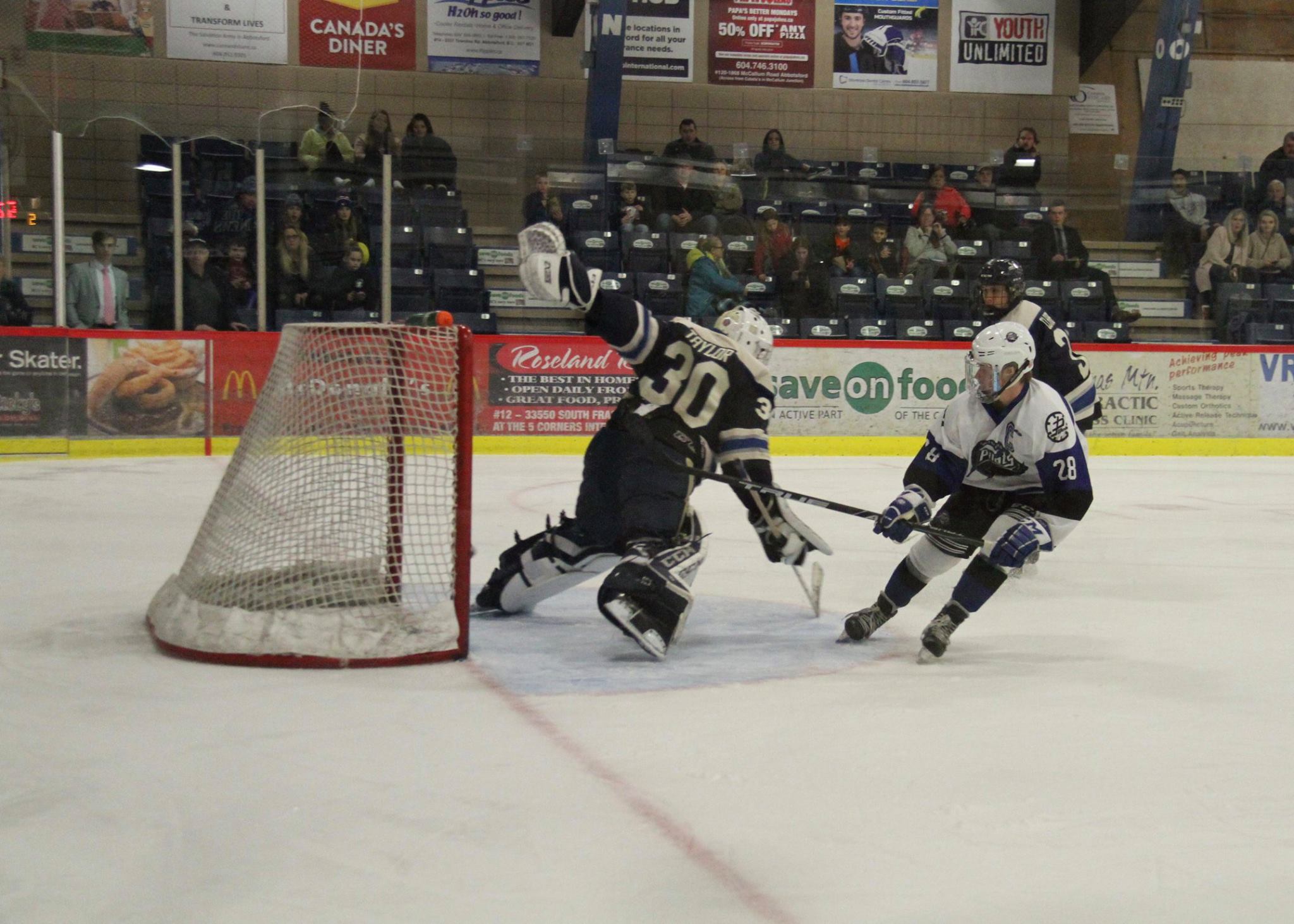 By The EditorJanuary 8, 2019February 20th, 2019Community, Sports
No Comments
ABBOTSFORD – The Pilots will have a strong contingency at this year’s Pacific Junior Hockey League (PJHL) All-Star Game. Rosters were unveiled by the league Tuesday morning and six players have been picked to represent Abbotsford.

The Pilots top line of Wright (96 points), De Waal (64 points), and Obcena (44 points) are currently having career high seasons, sitting at 1st, 2nd, and 9th in PJHL scoring, respectively. Pickering has provided the Pilots with support on defence, and has played his entire junior career in Abbotsford. Wickman has been a quiet force on the ice this season, recording 13 assists and 22 penalty minutes. Goaltender Keaton Dyck has been the frontman for the Pilots all season appearing in 26 games with a record of 18-7-1 and has 4 shutouts under his name.

The 2019 PJHL All-Star game sees the Harold Brittain conference take on the Tom Shaw conference. The game will be held on Monday, January 14th, 2019 at 7:30pm at Cam Neely Arena in Maple Ridge.