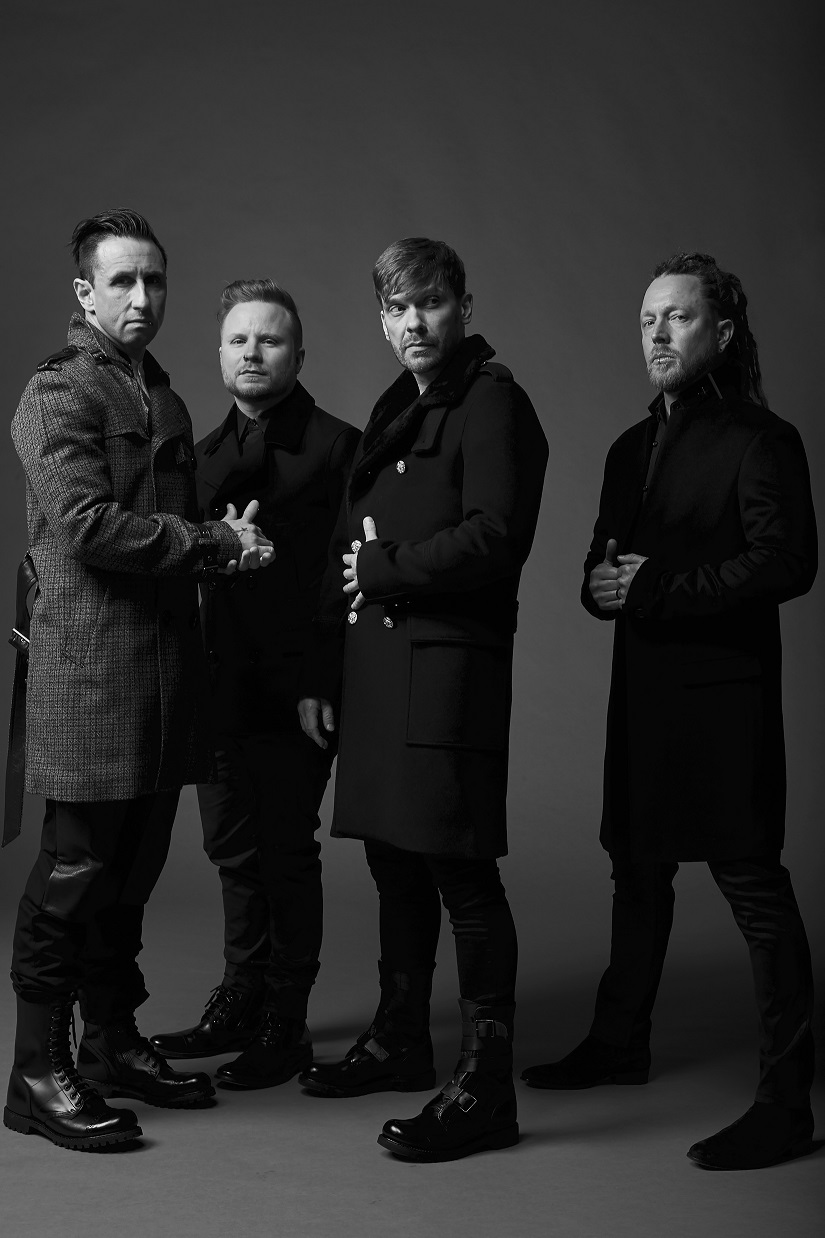 Shinedown Returns to the Abbotsford Centre with the ATTENTION ATTENTION World Tour this October!

ABBOTSFORD, BC (May 14, 2019) – Multi-platinum rock band Shinedown has announced new fall tour dates on their 2019 ATTENTION ATTENTION World Tour, produced by Frank Productions, beginning September 17th through October 19th. Papa Roach, Asking Alexandria and Savage After Midnight will support on select dates. Shinedown has been selling out arenas and receiving rave reviews during their tour, backed by their biggest, most eye-popping production yet. Fan club presale begins May 14th at 10am local time. Citi is the official presale credit card for the tour (excluding Canada). As such, Citi cardmembers will have access to purchase presale tickets beginning May 14th at 12pm local time until May 16th at 10pm local time through Citi EntertainmentSM. For complete presale details visit www.citiprivatepass.com. Venue and radio pre-sale tickets will begin May 16th at 10am local time. General on-sale begins May 17th at 10am local time. Full routing below. For more details, please visit www.shinedown.com.

Reaching far beyond any genre or label, Shinedown’s uplifting anthem “GET UP” – which has become a crossover hit at Hot AC after spending several weeks at #1 on Billboard’s Mainstream Rock Songs Chart – has quickly became a beacon of light for listeners around the globe, offering an urgent and universal message of hope, empathy and encouragement that has been connecting with those going through hardships of all types and those supporting loved ones who may be struggling. Speaking to the human spirit in a time of need, “GET UP” was born from a very personal place, inspired by Brent watching his friend, Shinedown bassist Eric Bass, deal with clinical depression. Shinedown recently released a stunning new piano version of the song, propelled by the undeniable power of front man Brent Smith‘s voice. PRESS HERE to listen to “GET UP (Piano Version).”

“GET UP” has racked up more than 37 million streams, landed the band on Live with Kelly and Ryan, and was heard during the Walter Payton Award during the Super Bowl Pregame show among other television spots. Garnering praise from the likes of HuffPost, Salon, Rolling Stone, Consequence of Sound, Buzzfeed, Parade, Grammy.com, Popdust, No Depression and more with key playlisting on Spotify and Apple Music, “GET UP” broke a new record for Shinedown giving the band the most Rock Airplay Top 10s ever and their 13th #1 on Billboard’s Mainstream Rock Songs Chart (the second most in the history of the chart, tied with Van Halen).

Shinedown’s limited run of ‘An Evening With Shinedown’ shows is currently underway and offers fans a more intimate live experience, with the second of two back-to-back sold out shows at Ryman Auditorium in Nashville tonight. On June 21st, Shinedown kicks off their summer headlining run with support from Badflower, Dinosaur Pile-Up, and Broken Hands on coast-to-coast dates, and will headline WNOR Lunatic Luau 2019 on May 17 in Virginia Beach, VA, MMRBQ on May 18 in Camden, NJ, Rocklahoma on May 24 in Pryor, OK, Inkcarceration Festival on July 12 in Mansfield, OH, and Riff Fest on July 13 in Detroit, MI.