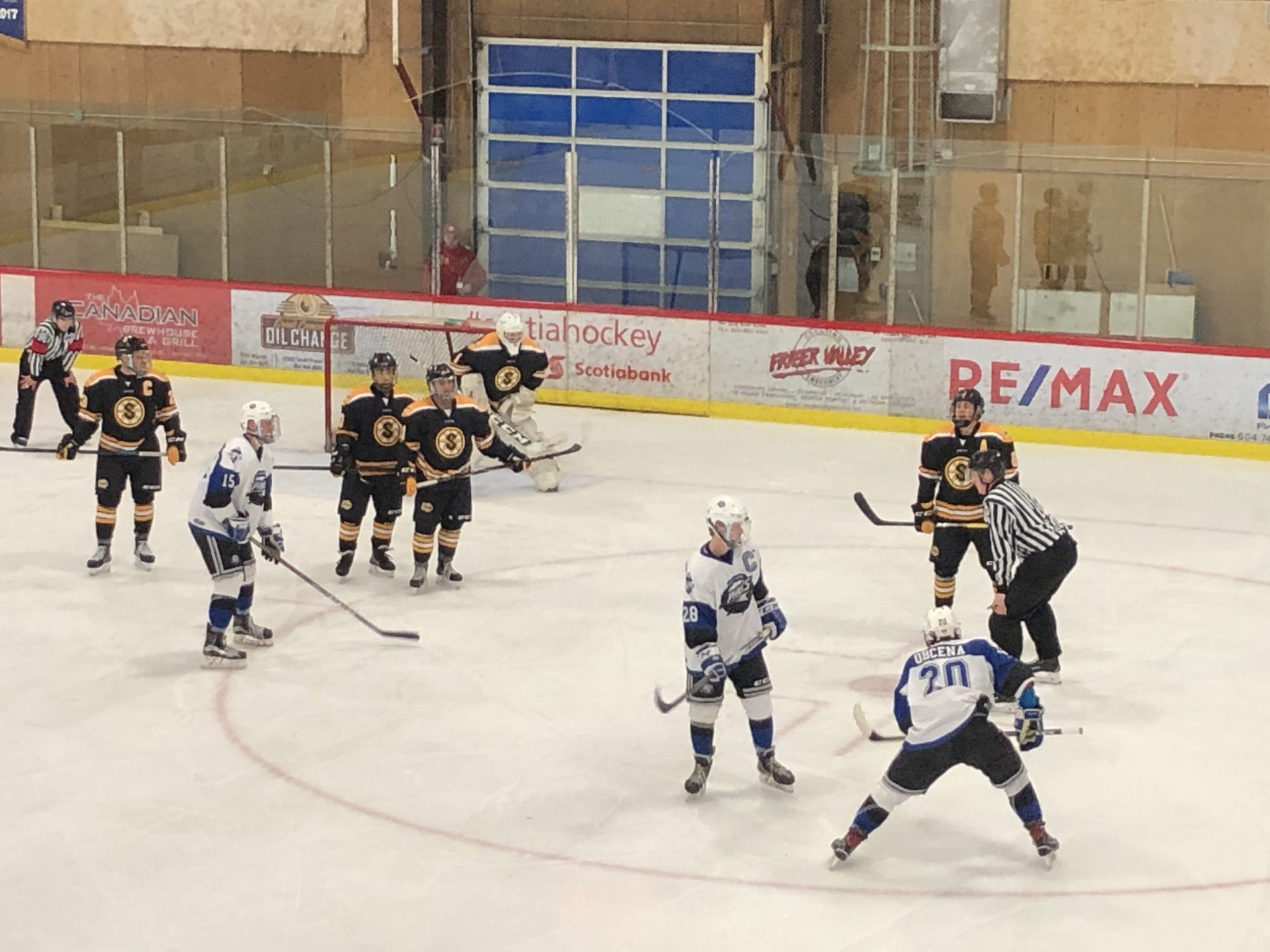 ABBOTSFORD – Game one of a home-and-home series saw the Abbotsford Pilots (25-12-1-1) emerge victorious over the Grandview Steelers (21-17-2-0) by a final score of 3-2. Will Hazell-Penaluna notched the game-winning goal at 4:49 of the 3rd period. Thomas Pickering and Jamie Housch also added tallies for the Pilots, who were backstopped by a 23 save effort from goaltender Keaton Dyck. Mateo Toledo and Tristan Olson were the goal scorers for the Steelers. The win snaps a two-game losing skid for the Pilots and is their 15th win at MSA Arena this season.

GVIEW – The Steelers got on the board early as former Pilots Mateo Toledo (20) cut in on net to pot home his 20th goal of the season. His goal came 0:35 into the opening frame and was assisted by Mateo Coltellaro and Connor Alderson.

ABB– The Pilots responded in the late stages of the first as Jamie Housch (12) found the back of the net, with help from Cam Obcena and Sean McCracken at 16:20.

ABB – The lone goal in the second came from Thomas Pickering (7), assisted by Jared Pitkethly and Roy McClure at the 12:27 mark.

ABB – The Pilots capitalized on an odd-man rush at 4:49 as Thomas Pickering connected with Will Hazell- Penaluna (21) to extend the lead to two. Baylee Wright was also credited with an assist on the play.

GVIEW – A shorthanded Steelers squad saw Tristan Olson (15) receive a stretch pass from Mateo Toledo. He caught Pilots defenceman Tyler Wickman off guard and skated in on breakaway at 14:14 to reduce the deficit to one.

Next Pilots Game: Sunday night in Burnaby against the Steelers at 7:15PM.