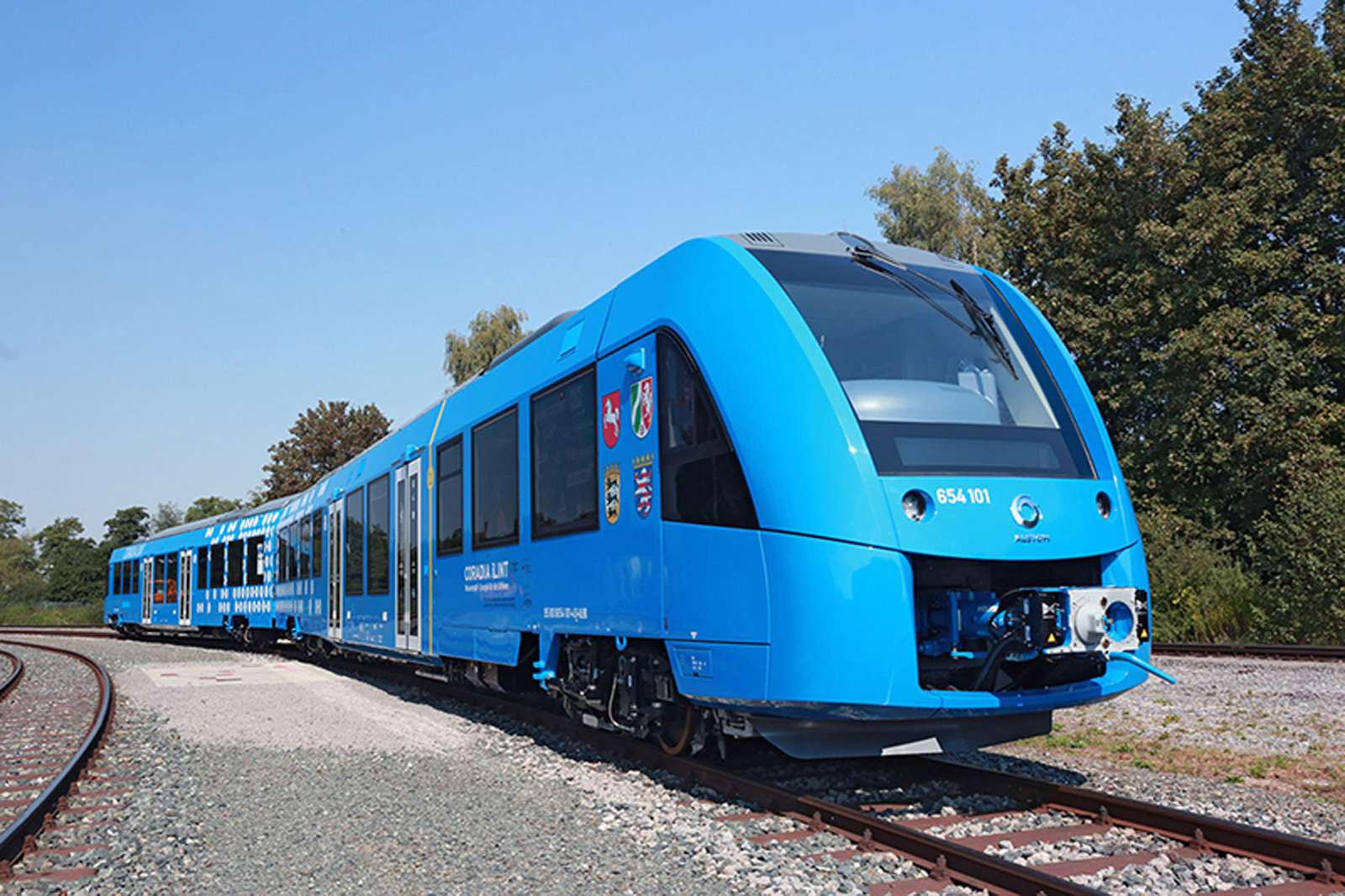 Passenger Rail in the Fraser Valley

By The EditorAugust 14, 2019Local, News & Politics, Print Edition
No Comments

To anyone that drives up and down Highway 1, you know that getting around is becoming harder and harder. It seems that everyone is working on a solution, but they all seem self-serving. Translink is focused on Skytrain, Surrey is focused on its own project, and no one seems to have a word to say about the rest of the Valley. That is, with the exception of those groups supporting passenger rail on the old Inter Urban Community Rail line.

Why is transit so hard to figure out in the lower mainland? Every solution we seem to think of is either ineffective, or so costly that the resulting tax or fee headaches just don’t seem to make it worth it.

Yes, Skytrain is a gorgeous system, but it is the most expensive transit system ever conceived. Not just the raw dollar figures for the construction, but the act of building it destroys businesses and lives.

Now, there is a case for elevated rail in downtown urban cores. The argument, however, just cannot be translated to the sprawling distances of the Fraser Valley. When you apply the idea of Skytrain out here, you get a plan like the one being worked on in Surrey. This Skytrain project will pass through Green Timbers, destroying old growth forest, it will pass through the Serpentine flats, endangering wildlife and putting Agricultural Land at risk. All for $3+ billion dollars!

There is an alternative. The Interurban Community Rail line was a fixture of travel for many years. It still exists and we can still convert it for passenger use. In total, there is nearly 100km of rail line connecting Chililwack to Pattulo Bridge. However, proponents have been trying to forward work on revitalizing this asset for many, many years. It seems to fall on deaf ears. In this article, we are going to explore why.

Let’s start by breaking down the facts. We’ll give you both sides of the debate, but then we’ll also give you our conclusions. You can decide for yourself, but if we are ever going to see a real transit solution for the 2 million people that will live in the Fraser Valley over the next 20 years, we need to put all options on the table.

Options are a good place to start. What are our options:

I’ve really struggled to figure out why this is so. Politicians are always looking for a big win, and Translink really needs a way to undertake a project that is less costly, not more. At least, that is what I think, but that is not the way politicians and Translink think.

In my research, I read many reports, press releases and studies. I then tried to boil it down to an easy-to-digest list of facts. I’ve put that into a list on the next page.

When you see the benefits laid out as in the table above, it seems to make sense. However, I think it is only fair that I show you another table. This one includes all the objections raised by Translink and others. It also includes the response to those objections.

The table of “objections” to the South Fraser Community Rail Project have made up the bulk of the ongoing debate. There are two exceptions. Since proponents of the passenger rail line have become adept at answering these points, and paying for their own independent studies, Translink and politicians have moved on to other areas of contention.

The one that sticks out is the last point I will deal with in this column.

Some deny that a Master Agreement exists. It does. Further, some deny that the Agreement is in favour of the people of British Columbia. It is, and there is no greater proof than to have Bill Vander Zalm, who’s goverment signed the Agreement, speaking out on behalf of the project.

The same people that have previously denied the Agreement existed are now claiming that there is a 7 mile stretch of track that is classifed as “Joint Use”. That 7 mile stretch is claimed to be a blockade to the project because it would just be “too expensive” to twin the tracks.

The Master Agreement states this expense, plainly and clearly, as the responsiblity of CP Rail. It is not ambiguous.

Our own Mayor, Henry Braun, misinterprets the contract in favour of CP Rail. He has also stated that it won’t get resolved outside of court. (It should be disclosed that Mayor Braun was previously in the rail business and it is likely CP Rail was a major client. While we undertook no research on the scope of any past relationship, the Mayor is no longer active in the rail industry.)

Why? CP Rail does not deny these aspects of the Agreement. I’m sure they are not happy about it, but they signed that contract in 1988 under no duress. They have since profited from the freight business on that 7 mile stretch of track for 30 years.

Let’s take a step back for a minute.

Who cares about that 7 mile stretch? When Translink wanted to build the Canada Line from the airport in Richmond down Cambie street, they didn’t care about cost, about the people who’s lives were being ruined by the construction, or even the fact that it wasn’t a planned route until we were awarded the Winter Olympic Games.

So what’s the big deal here? Sit down with CP Rail and get negotiating. Are you really ready to throw out 99km of hydrogen powered light rail because you can’t overcome 7 miles of track? You will overcome common sense to keep building Skytrain and taxing the people of the GVRD into the poor house. Property Tax, Parking Tax, User Fees, Hydro Levy, increased Development Cost Charges and an 18.5 cents per litre Gas Tax are what it takes to fund Translink and Skytrain. How about undertaking a project where you actually get some bang for our bucks?

Folks, if you think I’m whining about this, it is because we all need to make a lot more noise.

Do you know that the Mayor’s Council for Translink has not yet agreed to hear a presentation from the South Fraser Community Rail Society? Former Premier Bill Vander Zalm would be part of that delegation and they don’t want to hear from him.

Do you know that a former CP Rail executive sits on the Translink Board and considers the interurban line “dealt with”. They have done no proper study, heard from no stakeholder and listened to no presentations. They undertook one survey where they asked people if they wanted Skytrain and they said yes, but they didn’t ask if they would like 99km of community rail system for a fraction of the price of a 16km Skytrain route. Just like the Translink studies…biased!

Did you know that in 2012 every Mayor in the Fraser Valley gave their support to the Inter Urban Community Rail Line? Today, the Mayors of Surrey and Langley support Skytrain. Not a surprise as the proposed Surrey project will touch their communities. Guess who else no longer supports rail? Our Mayor.

Did you know that our Mayor stated that there was no chance for rail in the valley without CP Rail approval…and he did so at a Fraser Valley Regional District Board Meeting? No chance? No hope? Surely not when the Master Agreement is plain that we can build this rail system today!

Mayor Braun says he is focused on the Highway 1 expansion. I wish him luck with that. It will reach us in approximately 2050 and the single extra lane being built will be reserved for HOV traffic. In other words, he is believes the solution to our traffic issues is to wait for a lane most will be unable to use.

You need to get involved. You must take action and you can’t sit and wait for politicians to do the right thing. Or do you think Translink will make a good choice? Folks, it is too late for that. It is all about “saving face”. From Translink to the Provincial Government, they have all said no to rail for so long, they can’t change their mind now. You have to change it for them.

The rail line is financially viable. The hydrogen powered rail cars are enviromentally friendly. The route is great for construction and to insure new development opportunities. The project is well thought out with support from independent studies and the Master Agreement in place with CP Rail. Finally, there is no alternative plan for connecting the Valley. It takes a project this big and the Inter Urban Community Rail Line gives us a head start.

Now is the time to fight for it!

Send a message to the Translink Mayor’s Council:
mayorscouncil@translink.ca

Send a message to the Translink Board of Directors:
board@translink.ca 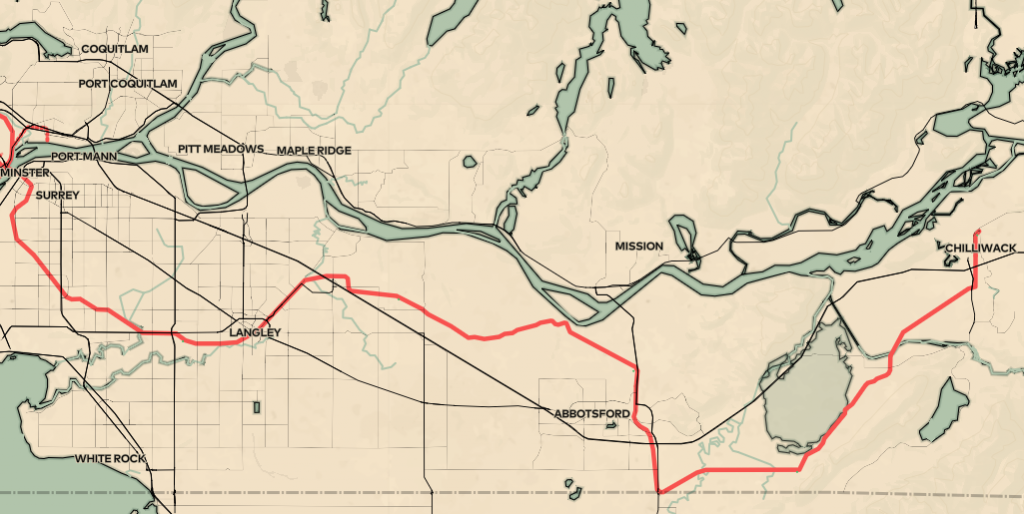