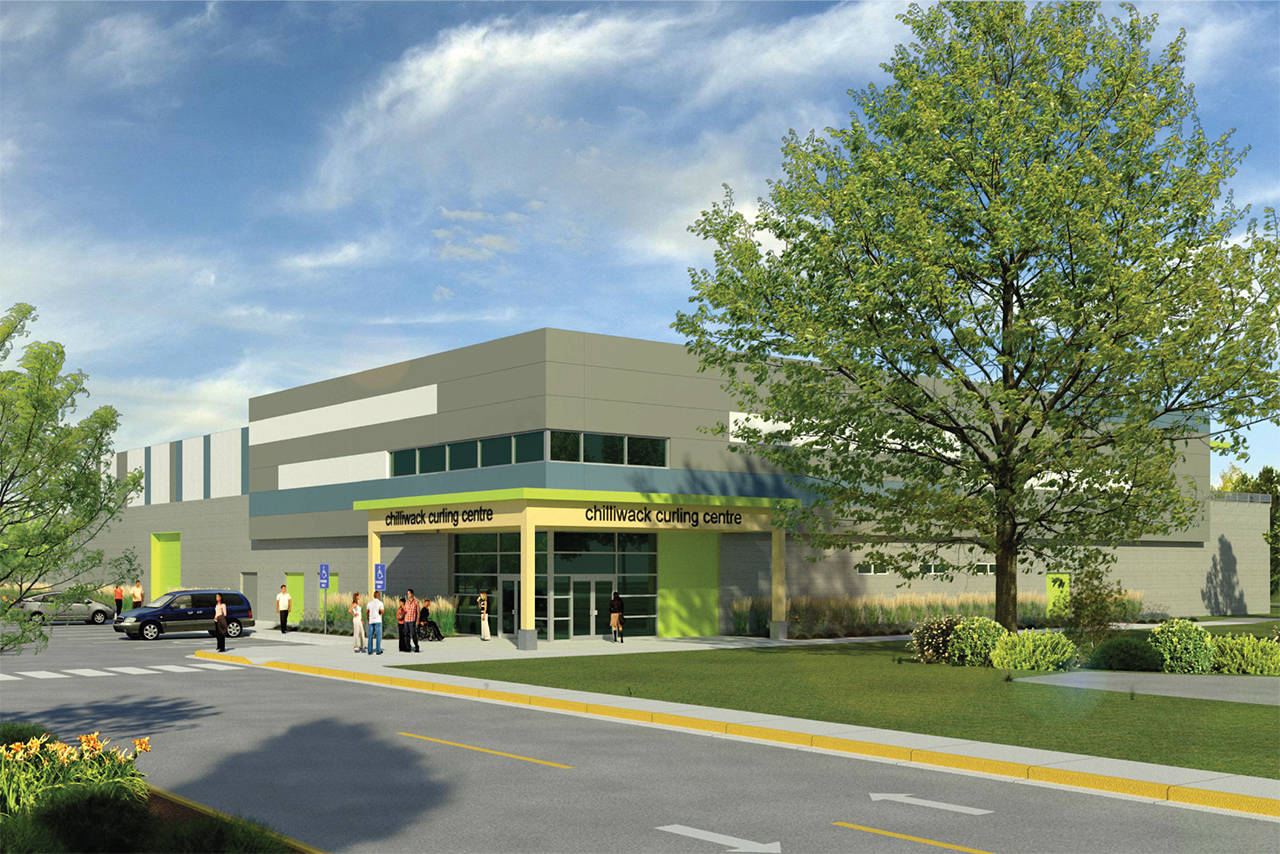 By The EditorSeptember 25, 2018September 28th, 2018Community, Sports
No Comments

Canada’s top 50-and-over curlers will show their talents in a brand-new facility when the 2019 Everest Canadian Senior Men’s and Women’s Curling Championships are staged in Chilliwack, B.C., it was announced today by Curling Canada.

The 2019 Everest Canadian Seniors will be played from March 22-28 at the eight-sheet Chilliwack Curling and Community Centre, which is currently in the final stages of construction and scheduled to open in late October or early November.

“It’s truly exciting for our sport when we see new curling centres being built, and having the Everest Canadian Seniors as part of the opening season will make it a truly memorable event in Chilliwack,” said Resby Coutts, Chair of Curling Canada’s Board of Governors. “I know there’s a great group of volunteers in place in Chilliwack who will make sure Canada’s elite senior players are welcomed with open arms.”

“The City of Chilliwack is proud to host the 2019 Everest Canadian Senior Curling Championships,” added Chilliwack Mayor Sharon Gaetz. “We look forward to welcoming many talented senior curlers from across Canada to our new Chilliwack Curling and Community Centre and showing them a little bit of what our wonderful city has to offer.”

It will be the first time Chilliwack has hosted the Everest Canadian Seniors, but the Fraser Valley city has stepped up in the past for Curling Canada events — in 1978 when Alberta’s Cathy King won the Canadian Junior Women’s Championship, and in 2006, when Team World prevailed in the World Financial Group Continental Cup.

It will be the fourth time the Everest Canadian Seniors have been staged in British Columbia since the men’s and women’s events were combined in 1985.

At the 2004 Canadian Seniors in Vernon, Newfoundland/Labrador’s Bas Buckle and Ontario’s Anne Dunn were crowned champions, and in 2012 in Abbotsford, Alberta’s Rob Armitage and Alberta’s Cathy King won national titles.

Prior to 1985, Quebec’s Jim Wilson won the Canadian Senior Men’s championship in 1981 in Nanaimo, and Don MacRae of the host province won in 1970 at Kamloops.

“We have a lot of curling fans and tremendous volunteers in the Chilliwack area, and with the excitement that accompanies the opening of the new Chilliwack Curling and Community Centre, I know it’s going to be a great show next March,” said Scott Braley, Chief Executive Officer of Curl B.C.

It will be the fifth Canadian seniors with title sponsorship from Everest, a funeral planning and concierge service rolled into a life insurance plan.

“Chilliwack is at the forefront of propelling the sport of curling into the future with their new, state-of-the-art venue,” said Mark Duffy, President and CEO of Everest. “This is Everest’s fifth consecutive year sponsoring the Canadian Senior Curling Championships and we are extremely excited to be a part of the curling community across Canada. We are always looking for new and exciting ways to celebrate curling and the Seniors has always been an integral part of that journey. What better way to continue this tradition than in one of the most visually stunning towns in the country.”

The winner of the 2019 Everest Canadian Seniors will represent Canada at the 2020 World Senior Men’s and Women’s Curling Championships (dates, location TBD).

“The Chilliwack Curling and Community Centre is looking forward to hosting the Everest Canadian Seniors Championships,” said Claude Latulippe, Chair of the Chilliwack Organizing Committee. “We plan to showcase our new eight-sheet curling facility, which will provide a venue worthy of the calibre of competition. At the same time, local talent will be entertaining during the week, ensuring a memorable time for all.”

Selected games from the 2019 Everest Canadian Seniors will be streamed live by CBC Sports. You can watch at cbcsports.ca or via the CBC Sports app for iOS and Android.