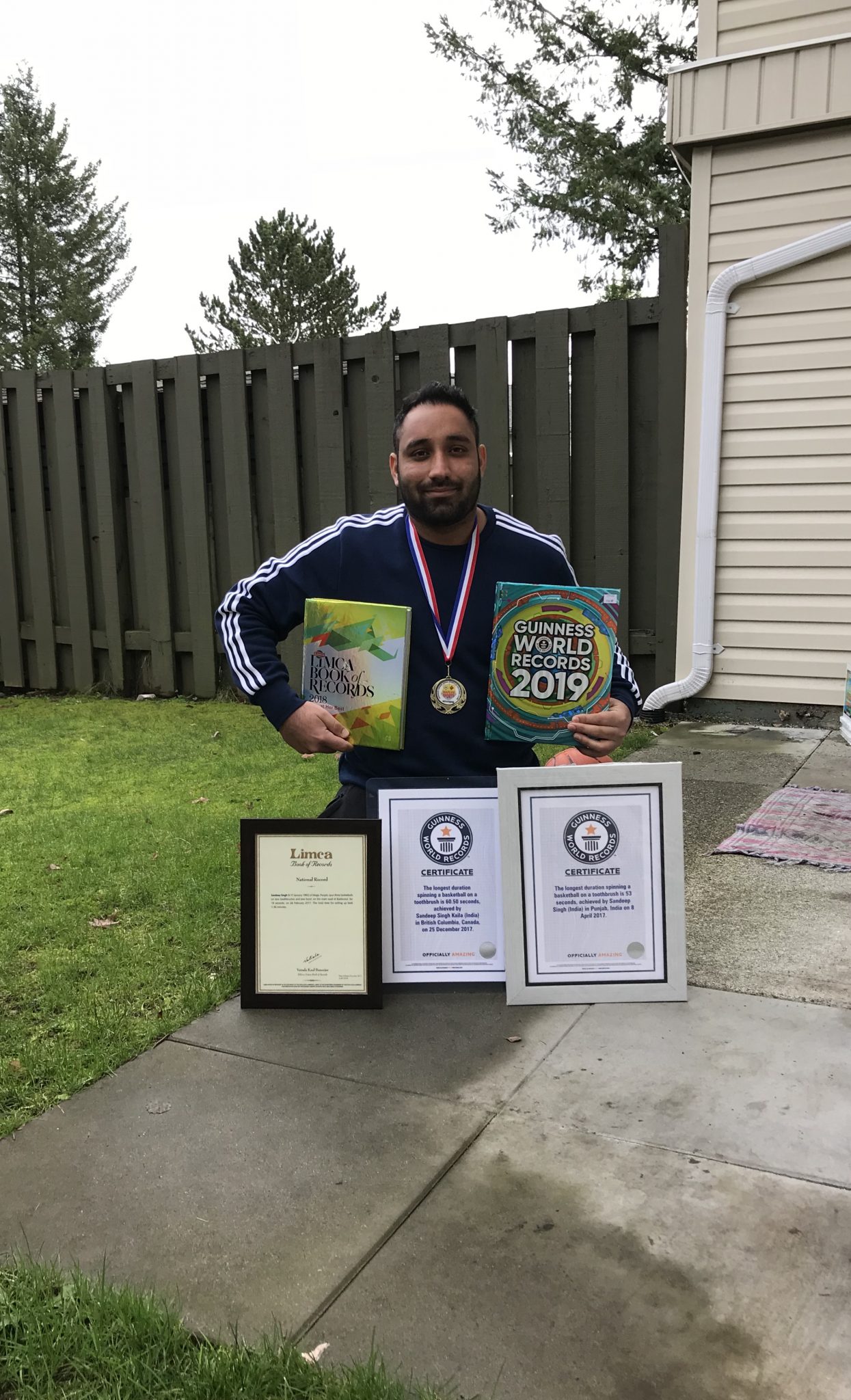 Basketball game is a popular game around the world today. Many players around the world have earned a reputation by playing in the United States’ famous NBA.  However, just as other sports have skills contests, basketball also creates celebrities by showcasing player abilities.

Sandeep Singh Kaila, originally from the village of Baduwal in India, has turned his skill at the art of spinning a basketball into three world records. He has broken the world record of the world’s top players of the United States, England, Germany, Hungary, Nepal, Mexico and India. Now he is engaged in breaking his own records. He undertakes 16 different skills with the basketball. He also spins four basketball simultaneously.

Sandeep holds many records in addition to these. He says that the records are always made to be broken but still he wants to establish a world record which nobody can break, for which his hard work continues.

Today he is living in Abbotsford, British Columbia, Canada, and involves himself in every sporting event he can. He also hopes to showcase his skills on the US TV show “America’s Got Talent”, “Britain’s Got Talent” and the NBA half-time. Village Baduwal is proud of Sandeep and his art. You can watch video of his basketball skills on his personal channel Sandeep Singh basketball on Youtube.