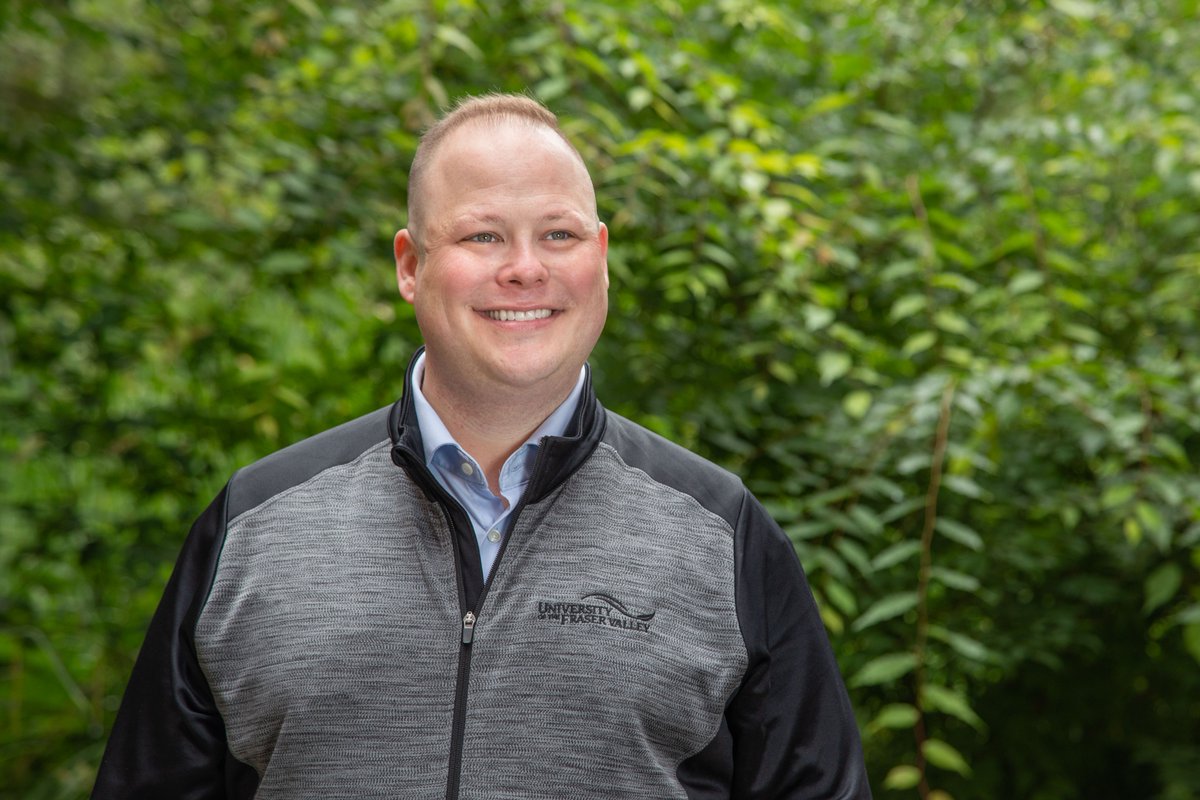 By The EditorAugust 23, 2019Community, Education
No Comments

Justin P. Goodrich is the new Chairperson of the Board of Governors of the University of the Fraser Valley, effective August 1, 2019.

Goodrich will be the 14th UFV Board Chair, succeeding John Pankratz whose term expired this summer.

UFV’s Board of Governors includes volunteer members appointed by government and elected faculty, staff, and students. The Board governs the management, administration, and control of the property, revenue, and business of the university.

“It’s inspiring to see a representative of our recent alumni taking on the responsibility of leading our Board of Governors,” says UFV President Joanne MacLean. “I know and appreciate that Justin has a deep connection to UFV and that he will be a tireless advocate for our university.”

Goodrich is the second UFV alumnus to serve as Board Chairperson. (His predecessor Pankratz also attended UFV.) When he begins his term he will be the first person in UFV’s history to have served as Chairperson of both the Alumni Association and the UFV Board.

He completed a Bachelor of Arts in political science and an Associate of Arts in media and communication studies at UFV, graduating in 2012. He credits UFV with helping him with personal and professional growth.

“UFV changed my life. It was because of my time at UFV that I was able to really find a sense of peace about who I am, what I believe, and what I want to do with my life,” says Goodrich. “It became the foundation that I’ve since built my future on, so to be able to serve the UFV community in such a meaningful way is incredibly special. There is no place where I am happier than on our campus. I’ve made many good friends and I absolutely love the opportunities I get to interact with our students.”

Current UFV Alumni Association Chair Nav Bains is delighted to see a former leader of the association take on the leadership role on the UFV Board of Governors.

“It’s great to see an alumnus of UFV who is also a past Alumni Association chair take on such an important role in the governance of UFV. It’s an illustration both of the dedication of Justin to his alma mater and the increasing influence of alumni as UFV matures as an institution and builds a solid base of supportive, engaged, alumni. On behalf of the Alumni Association, I extend our warmest congratulations to Justin.”

Given his extensive experience with UFV as a student, alumnus, and board member, Goodrich is looking forward to taking on the board chairperson role.

“I am deeply humbled to have been elected by my colleagues on the UFV Board of Governors to serve as the university’s new Chairperson. I know I’ve got huge shoes to fill given what an extraordinary Board Chair we had in John Pankratz. It won’t be easy, but I’m going to work hard to live up to the standard set by him.”

Goodrich is the managing partner of Alliance Public Affairs Group, a public affairs consulting firm with offices in Vancouver and Langley. His areas of expertise include public, government, and media relations; strategic communications and stakeholder engagement; and policy development.

Since completing his undergraduate studies at UFV, Goodrich has continued his education, earning a Master of Laws degree in diplomacy and international law from Lancaster University in the United Kingdom.