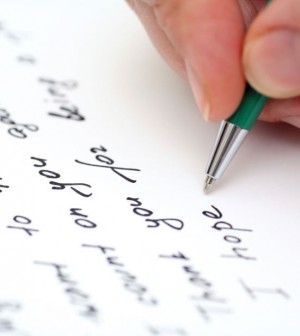 Dear Editor. Recent plans by ailing Genstar to sell off its lands is a welcome relief to Citizens’ in this rural and still relatively pristine area of the Province and gives hope this environmentally sensitive property may be given a new outlook on life.

To the individuals devoid of any values about preserving a desirable mountainside of trees, clean air and wildlife habitats and corridors, versus a “chop it all down” and duplicate the eyesore renderings of another Mary Hill development, the sanity of most is lost on this ilk.

Sadly, in his recent tirade Mayor Randy Hawes epitomizes the sheer lunacy the 19,300 eligible voters who did not vote for him have long worried about and how Mr. Hawes ineptitude and inability to be a statesperson and represent Citizens’ needs and wants, instead by his inane remarks immediately starts to offend, demean and belittle residents as illustrated in his Mission Record interview “A new beginning”.

He refers to the comments by caring and informed residents at Public Hearings as “night after night of repetitive dribble” and indeed he perpetuates hypocrisy to the enth degree by his silliness claiming, “some speakers were highly insulting of Genstar, Council and anyone who supported development was belittled and berated” whereas this is in fact exactly how Mr. Hawes treats all his opponents.

One may hope a group like the Nature Conservancy may buy most if not all lands and preserve as a National Park but unlikely, so we must be diligent and direct our (elected) Council how to proceed and not be swayed by the ranting of a misguided and uninformed Mayor of Mr. Hawes ilk, who is on the record as supporting Genstar development. The sad dilemma is people like Mr. Hawes are unable to find compromises, respect opponents views and exudes a very offensive, angry and unintelligent perspective on issues he fails to understand.

Mission Council seems unable to proceed with a development plan on their table now and seek to defer so how can anyone have any confidence or faith they could ever handle the likes of a massive Silverdale development. Indeed, urban sprawl needs to be contained with major waterfront, downtown redevelopment, increased density throughout, all within sustainable water reserves and availability to meet development. If these simple and complex goals can be achieved Mission will do quite well and avoid a clear-cutting of pristine forest lands on our environmentally precious mountainside, that the vast majority of residents and visitors alike would prefer to an eyesore housing development.