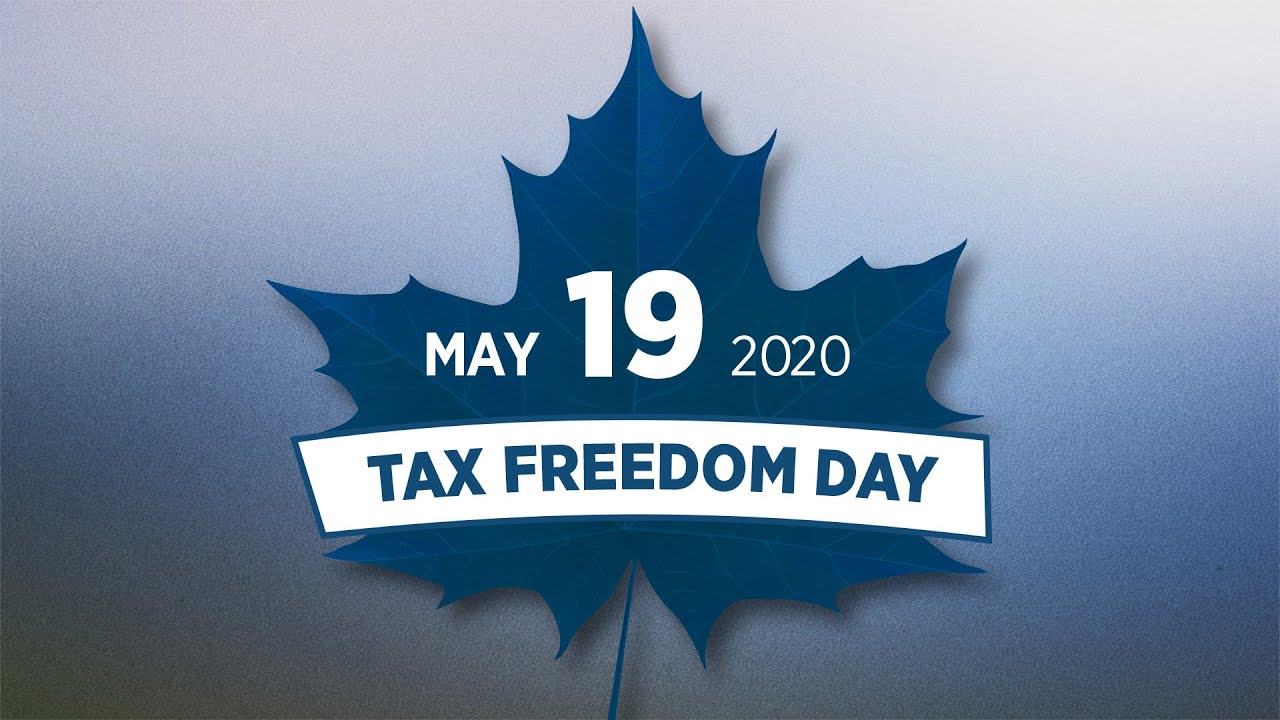 Fraser Institute News: May 19 is Tax Freedom Day—but there’s no reason to celebrate

VANCOUVER, British Columbia, May 19, 2020 (GLOBE NEWSWIRE) — Tax Freedom Day in Canada this year falls on May 19, according to the Fraser Institute’s annual calculations—but this year’s earlier-than-usual Tax Freedom Day is not a reason to celebrate.

Tax Freedom Day measures the total yearly tax burden imposed on Canadian families by federal, provincial and municipal governments. If you had to pay all your taxes up front, you would give government every dollar you earned before Tax Freedom Day.

“An earlier Tax Freedom Day this year is not the result of governments lowering taxes, but because of incomes falling and a drop in consumption due to the economic shutdown,” said Niels Veldhuis, president of the Fraser Institute.

Represented as days on the calendar, the numbers add up to more than four and a half months of income—from January 1 to May 18. It’s not until May 19—Tax Freedom Day—when families start working for themselves, and not the government.

So how has the economic shutdown in response to the coronavirus produced an earlier Tax Freedom Day?

Well, many Canadians are earning less income—in many cases, substantially less—so they’ve fallen into lower tax brackets. And because of Canada’s tax system that imposes a lower rate on incomes in lower brackets, taxes are falling disproportionately more than incomes.

Secondly, Canadians are also consuming (i.e. buying) less during the shutdowns and are therefore paying less in sales taxes.

And Canadians should also be worried about the more than $315 billion deficits the federal and provincial governments are forecasting this year, because they will have substantial tax implications in future years.

To better illustrate this point, the study also calculates a Balanced Budget Tax Freedom Day—the day of the year when the average Canadian would finally start working for themselves if the federal government paid for all of this year’s spending with taxes collected this year.

This year’s Balanced Budget Tax Freedom Day is July 26—68 days later—with Canadians paying 56.4 per cent of their income in taxes.

“Deficits are essentially deferred taxes, so future generations of Canadians will have to pay significantly higher taxes for the unprecedented deficits governments across Canada are running,” Veldhuis said.