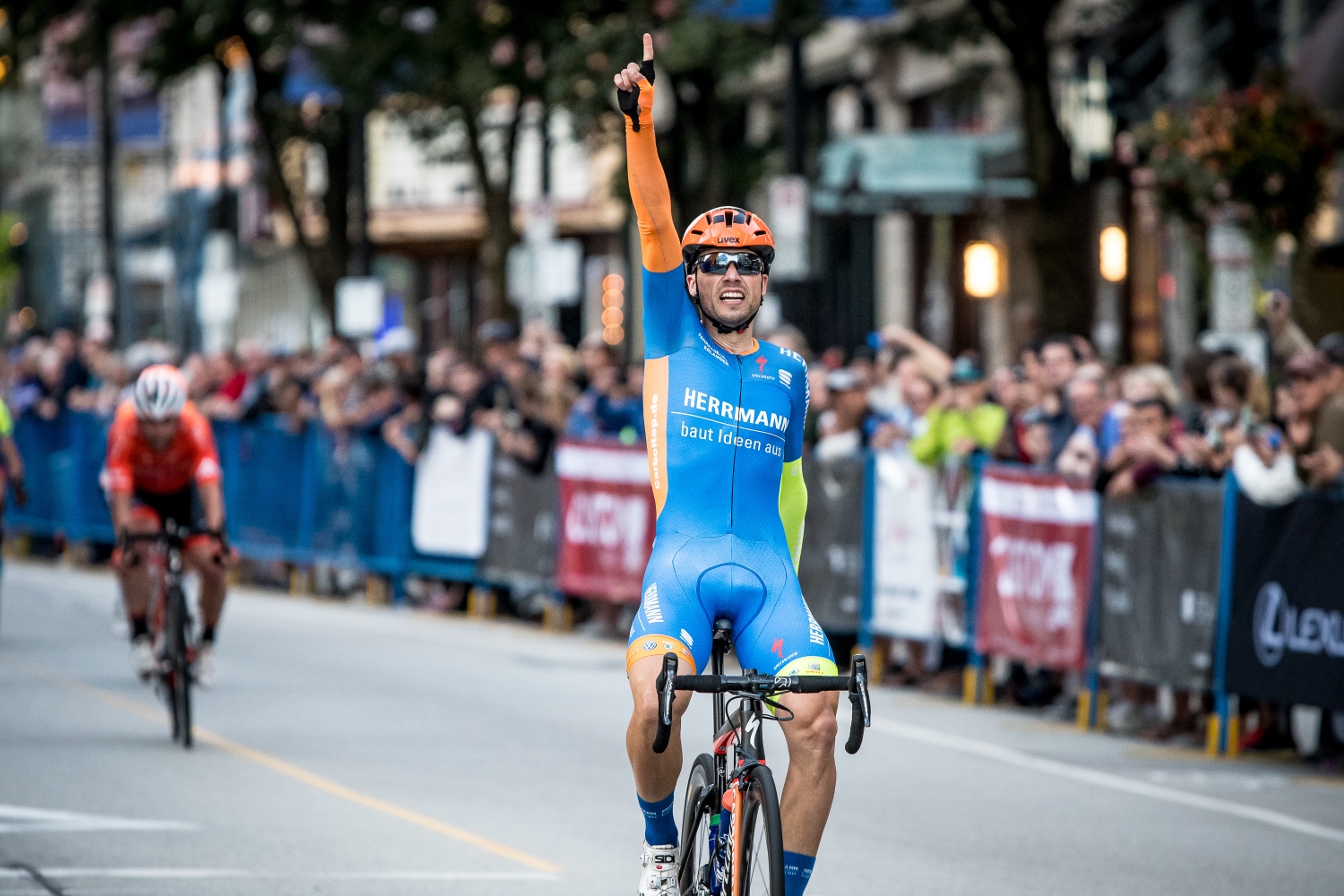 New Westminster, BC – German cyclist Florenz Knauer stole the show at the inaugural New West Grand Prix in historic downtown New Westminster two years ago when he not only won the race – but  proposed to his girlfriend Alisha on stage after the podium presentation. Knauer became a bit of a local viral sensation as video of the proposal made the rounds online.

When last year’s New West Grand Prix rolled around, Knauer knew what he needed to do to win the race for a second straight year. He sat back of the pack, wasn’t aggressive, and then attacked from 30th place on the final lap to claim the victory. The 30-year-old now looks to do the same thing again when the New West Grand Prix arrives on Tuesday, July 9th.

The New West Grand Prix is unique to BC Superweek, it’s a fast criterium that forces the riders to do a lot of climbing. Over the past two years, the starting field has been whittled away by the toughness of the course, especially the first hill, up Eighth Street from Columbia to Carnarvon. It’s a challenge the riders like, and one that Knauer hopes to conquer for the third straight year.

“It would mean a lot to win a third time in a row, especially after the way I’ve felt over the last month. I had knee problems and have been battling a cold. As a result, I am not where I want to be in my fitness,” explained Knauer, who finished last year’s 55-lap, 51 kilometre New West Grand Prix in one hour, 11 minutes and 50 seconds, a little more than a second ahead of Rally Cycling teammates Eric Young and Brad Huff.

The New West Grand Prix is an exciting spectator experience because of the high level of cycling, but also because the series features riders from pro teams with the financial backing of big companies, to independent cyclists who can’t leave work or family to hit the touring circuit. They test their mettle against those who do race week in and week out, hoping for results that keep them on the positive side of the financial ledger. The race features more than 200 professional men and women from over 13 countries racing for more than $15,000 in prizes.

One unique feature of the New West Grand Prix course is the Eighth Street hill climb. The 20 metres of climbing the racers do each lap make teamwork and tactics especially important. A strong team looking to wear down challengers could attack relentlessly on the Eighth Street climb or push the pace up the Carnarvon Street incline. With multiple riders to launch those attacks, it also saves the legs of their leader for later in the race, when it’s time to make a winning move.

For Knauer, he has a reflective view of his cycling career at this stage.

“I don’t see myself as a pro, I consider cycling a hobby. I believe you’re a pro when you can make a living off it. That’s not the case for me,” he said. “That said, the most fun part of entering these pro races is winning once in a while and getting something back from all the hard work and sacrifices.”

Despite considering himself an amateur cyclist, the other competitors at BC Superweek and the New West Grand Prix should know to not take Florenz Knauer lightly. His performance at the races over the last seven years is reason to believe he’ll be on the podium once again this year.

The 2019 edition of the New West Grand Prix is Tuesday, July 9 and starts at 5:30 pm with the Youth Race featuring riders aged 12-16. The Women’s Pro Race follows at 6:15 pm and then the Men’s Pro Race at 7:30 pm. In addition to the bike races, the New West Grand Prix also features a Kids Zone, street activations and other free, family-friendly fun. 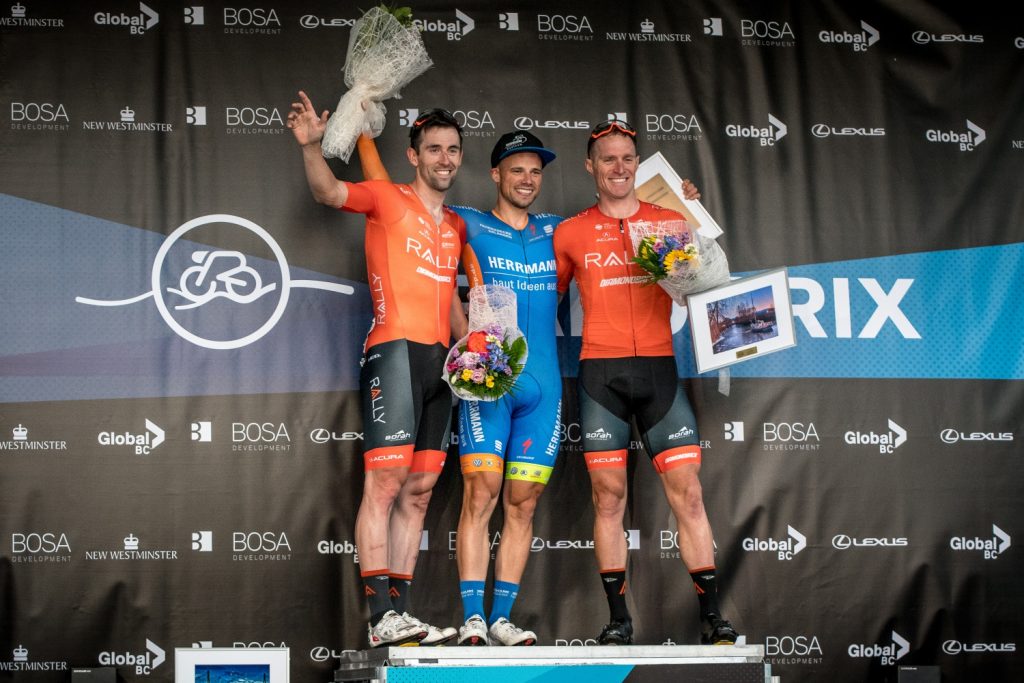