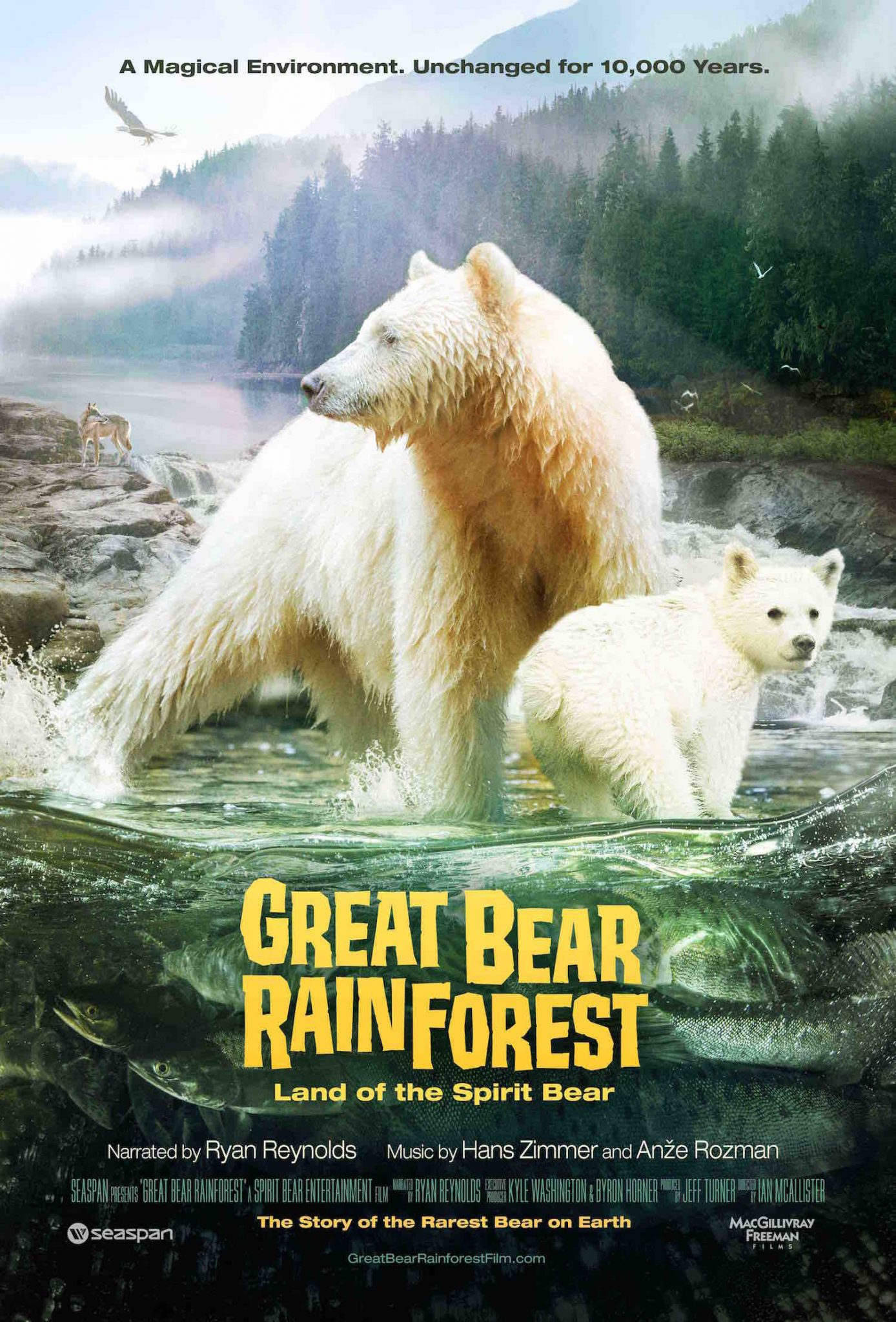 By The EditorSeptember 18, 2019October 1st, 2019News & Politics, Provincial
No Comments

Destination BC is proud to have partnered with McGillivray Freeman Films on the Great Bear Rainforest film, to bring the stunning wildlife and environment in this magical corner of BC to viewers across the world.

The IMAX® documentary premiered in Canada February 15 and has since been scheduled to screen in 29 theatres across the globe. It offers a giant window into this pristine British Columbia wilderness, inspiring viewers to book their own trip to British Columbia, driving awareness and consideration of the whole province as a travel destination. Narrated by BC’s own Ryan Reynolds, the film vividly captures many of BC’s iconic experiences from wildlife to wilderness, oceans, mountains, rainforests and Indigenous culture.

Directed by award-winning storyteller Ian McAllister, Great Bear Rainforest goes way off the beaten path to reveal a land of grizzlies, coastal wolves, sea otters, and more. Found on Canada’s remote Pacific coast, the Great Bear Rainforest is part of the largest temperate rainforest ecoregion in the world. The area has been home to Indigenous peoples for thousands of years.

Maya Lange, Vice President – Global Marketing, Destination BC
“As proud sponsors of the Great Bear Rainforest, we are so thrilled to see the film recognized for its cutting-edge cinematography of our province’s renowned wilderness. On behalf of Destination BC, I would like to thank the entire production team for inspiring people across the world to come experience the transformative power of British Columbia, and for reminding us all of the beauty that surrounds us in the place that we are fortunate to call home. Congratulations to you all!”

Ian McAllister, Director, Great Bear Rainforest
“To be recognized by the Giant Screen industry with this award is an honour and reflects what a globally significant and spectacular place the Great Bear Rainforest is, with appreciation to the talented film makers on my team that contributed to achieving this award.”