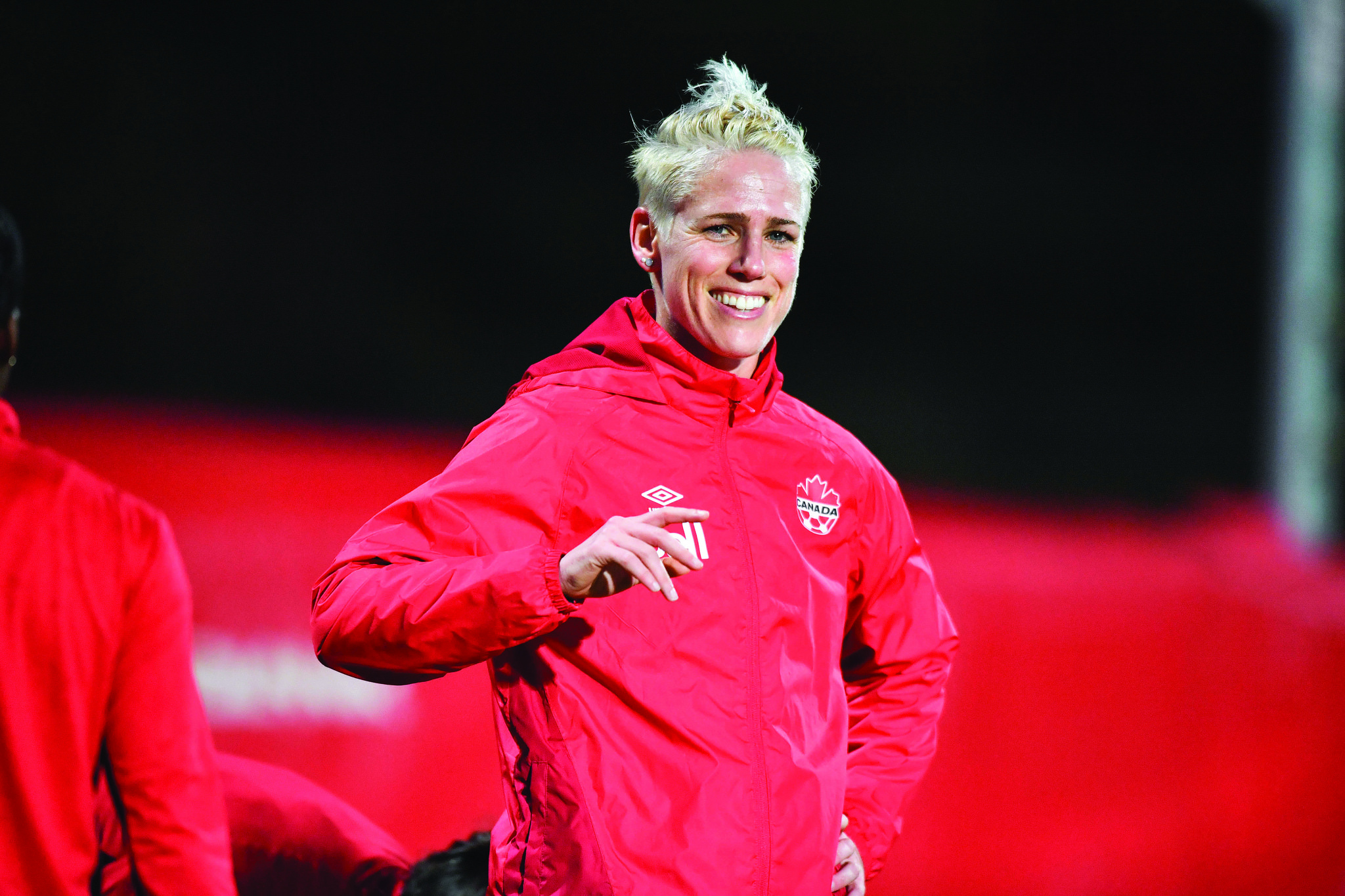 By The EditorFebruary 5, 2019February 20th, 2019Community, Sports
No Comments

One of Abbotsford’s star citizens will visit the University of the Fraser Valley on February 8 to share her experiences from the world of women’s soccer.

UFV recognized Sophie Schmidt with an honorary doctorate at its Convocation ceremonies last June, but commitments with the Canadian women’s national soccer team prevented her from accepting it in person.

So she will visit the Student Union Building on the Abbotsford campus on to formally receive her honorary degree. And while she’s there, she will participate in a question-and-answer session with UFV president Joanne MacLean about her experiences as a professional soccer player, national team member, and two-time Olympic bronze medalist. She will also field questions from the audience.

The event will commence at 4 pm in Evered Hall the SUB (Building S) on the Abbotsford campus. The public is invited and admission is free.

RSVPs would be appreciated at presidentsoffice@ufv.ca before Monday Feb 4.

“This is a great opportunity for young athletes and Sophie’s Abbotsford fans to hear directly from her what it’s like to dedicate yourself to a sport, win Olympic medals, and compete on the world stage,” says UFV president Joanne MacLean.

Schmidt has participated in three World Cups, three Olympics, and numerous international qualifying tournaments. There’s one more major goal on the horizon for Schmidt and the rest of the Canadian women’s national team. They will be competing in the World Cup in France in June, 2019. Canada is currently fifth in FIFA women’s soccer rankings.

“I think we’re at the best we’ve ever been now and it will be very exciting to compete at that level again.”

She has played professional soccer in the United States and Germany. And it all started with backyard scrimmages with her two brothers and then minor soccer in her hometown of Abbotsford. Schmidt graduated from WJ Mouat Secondary.

She was surprised to hear that her local university had singled her out for an honorary degree.

“It’s a massive honour that left me speechless when I first heard about it,” Schmidt notes. “It’s great to be recognized after all the time and effort I have put into my soccer career, and it’s especially nice that the honour is coming from my hometown university.”

She has been a member of the Canadian women’s national team since 2005, and part of the national youth system since 2003, when she was just 15. She was the fourth national women’s soccer team player to achieve the milestone of 150 appearances for Canada, and has now played 177 times for her country. A defensive midfielder, she doesn’t score as much as the forwards do, but has still accumulated 18 goals and 20 assists for Canada.

Schmidt attended university and played soccer at the University of Portland in Oregon, where she earned her bachelor’s degree in life sciences and German.

Schmidt decided early in her university career to dedicate herself to soccer and try to make a career of it. Her early goal of being a nurse was put to the side because she couldn’t meet the scheduling demands of both soccer and nursing school. After graduating from university, she focused on soccer full time.

“I started out not knowing if I could make a living playing soccer. At first I was viewing it as a means to finance my education. But I decided to focus on it as my major priority, and made it my everything.”

A career highlight was in 2015, when she got to play against hometown crowds in Vancouver, as well as in other Canadian cities during the World Cup.

“Not many players can say they played in their home town in a World Cup match, so that was an amazing experience. It was so special for my family and friends to be able to come and feel the excitement and see the life I get to live up close.”

Speaking of family and friends, they are her great motivators.

“You never want to let down the people who’ve supported you all along. I love what I do and a lot of the reason is because of them.”

Her competitive spirit also drives her.

“I’m continually trying to be the best version of myself and not settling for anything but that. My outlet is sport and I’m very competitive and focused. It all started for me in Abbotsford. I owe huge thanks to my family and the people of Abbotsford who supported me and helped become the person and player that I am today.”