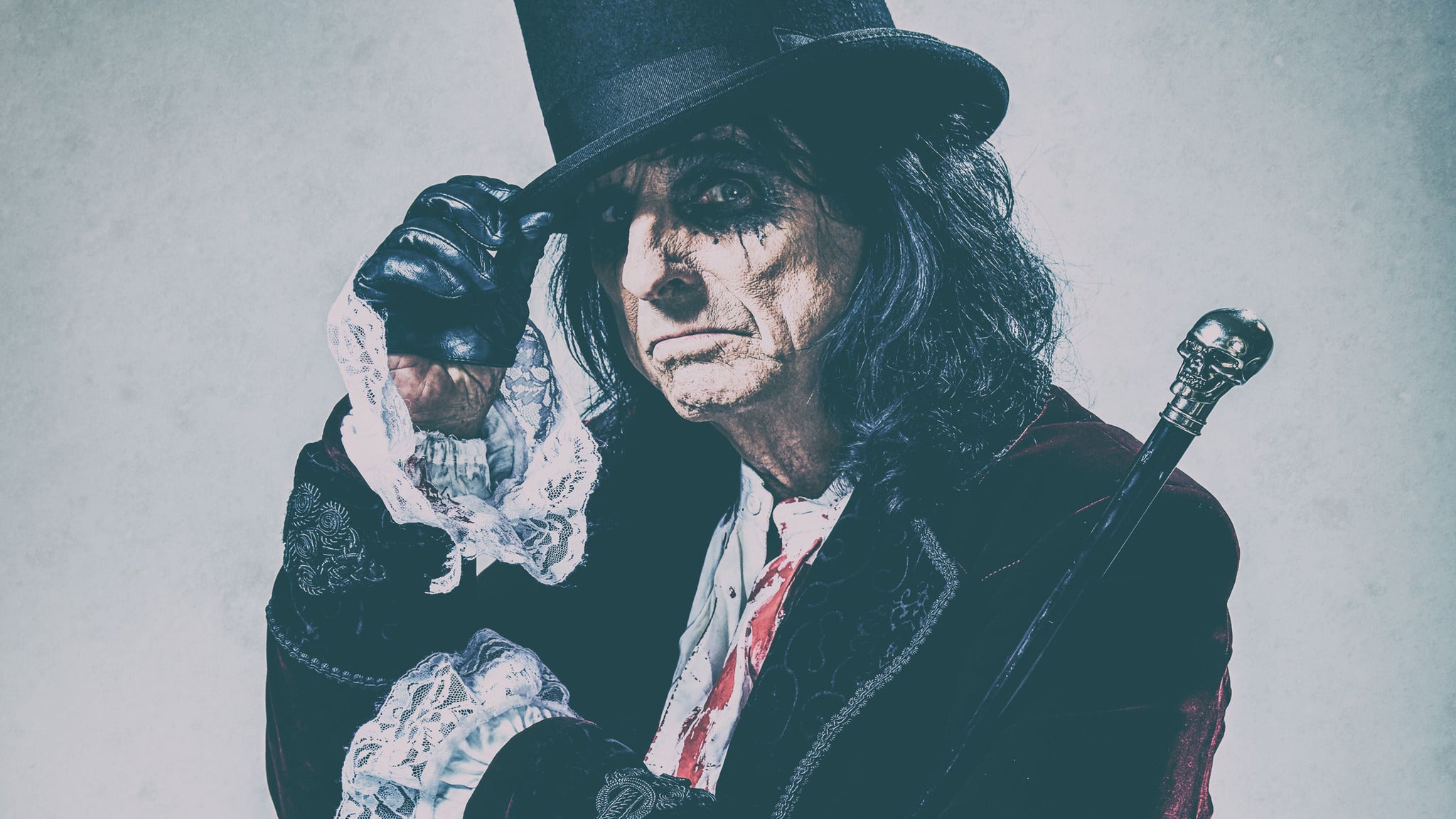 Alice Cooper brings the Ol’ Black Eyes is Back Tour to the Abbotsford Centre in 2020!

By The EditorOctober 24, 2019Arts, Community
No Comments

ABBOTSFORD, BC – Alice Cooper pioneered a grandly theatrical brand of hard rock that was designed to shock. Drawing equally from horror movies, vaudeville, and garage rock, the group created a stage show that featured electric chairs, guillotines, fake blood and boa constrictors. He continues to tour regularly, performing shows worldwide with the dark and horror-themed theatrics that he’s best known for.

With a schedule that includes six months each year on the road, Alice Cooper brings his own brand of rock psycho-drama to fans both old and new, enjoying it as much as the audience does. Known as the architect of shock-rock, Cooper (in both the original Alice Cooper band and as a solo artist) has rattled the cages and undermined the authority of generations of guardians of the status quo, continuing to surprise fans and exude danger at every turn, like a great horror movie, even in an era where CNN can present real life shocking images.

Alice has been touring consistently, year in and year out, averaging over 90 concerts annually, both within the USA and internationally, with his band which features the three guitar attack of guitarists Ryan Roxie, Nita Strauss, and Tommy Henriksen, plus the rhythm section of drummer Glen Sobel and longtime bassist Chuck Garric.

As he heads back out on the concert trail with his band or with The Hollywood Vampires, Alice insists he’s still motivated to continue touring and recording albums, as well as making time for other projects, including The Hollywood Vampires, and especially his Paranormal album, released worldwide in July 2017 through the earMusic label, which found him working again with longtime producer Bob Ezrin and which features guest appearances by ZZ Top’s Billy Gibbons, U2’s Larry Mullen Jr, Deep Purple’s Roger Glover, as well as the three surviving members of the original Alice Cooper band, drummer Neal Smith, bassist Dennis Dunaway, and guitarist Michael Bruce, and then the Paranormal Live at L’Olympia Paris album, released in September 2018, featuring a December 2017 performance.

Alice, Dennis, Neal, Michael, and the late Glen Buxton (posthumously) were inducted into the Rock N Roll Hall of Fame in March, 2011.

With tour plans for North America, the UK and Europe in 2019, as well as the release of a new album mid-year, Alice shows no signs of slowing down.

And, with his influence on rock & roll and popular culture long since acknowledged, there is little that Alice Cooper hasn’t achieved in his remarkable career, including platinum albums, sold-out tours and any number of honors and career achievement awards.