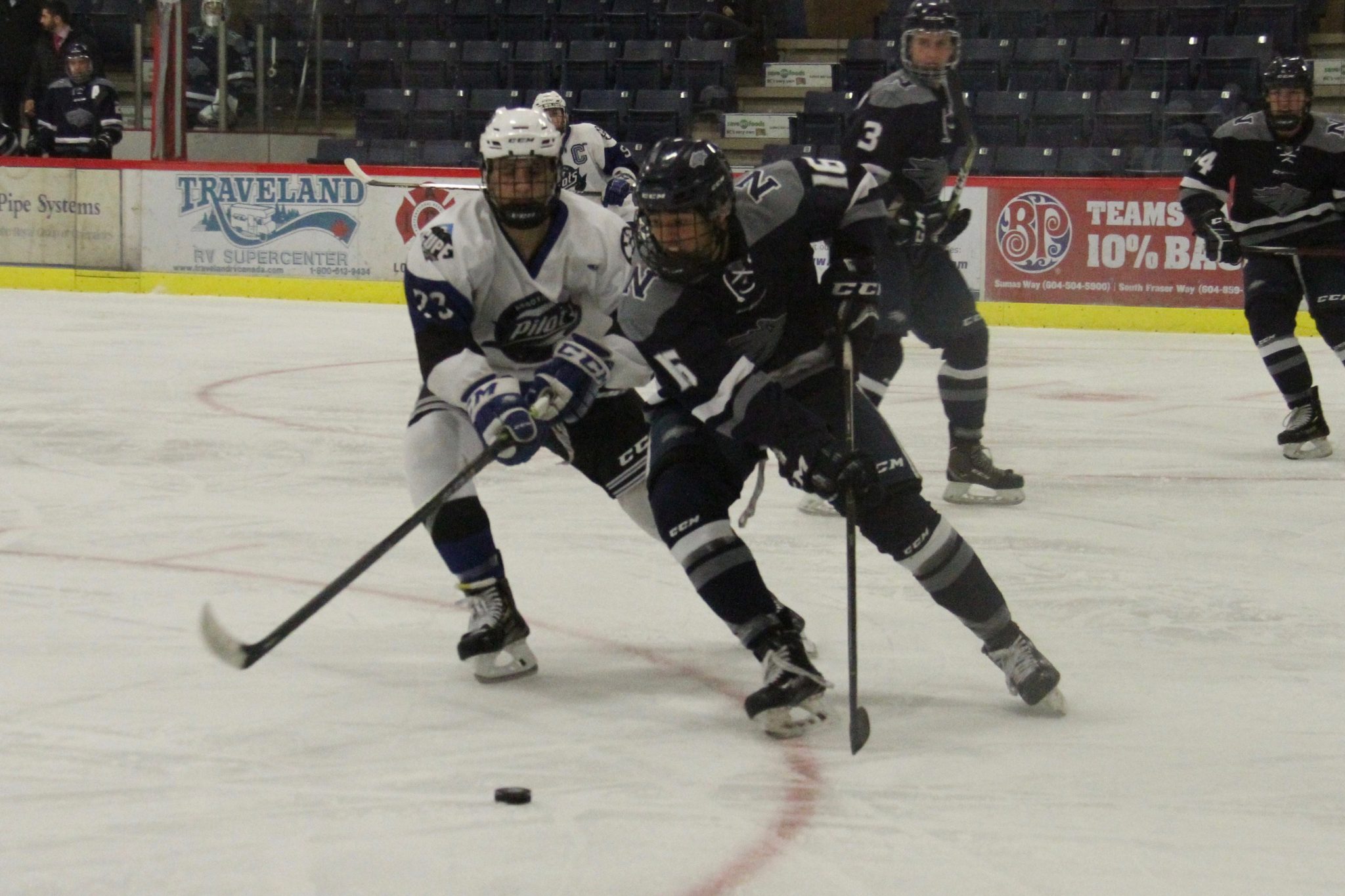 ABBOTSFORD – In what was a highly anticipated matchup to kick off the month of October, the Abbotsford Pilots (5-4-0-0) were defeated 5-3 by the defending league champions North Vancouver Wolf Pack (9-1-0-0) on Friday night at MSA Arena. Despite scoring three straight in the second period to a hold a one-goal lead, North Vancouver answered with three of their own in the third to snatch the victory. The Pilots were unable to capitalize on any of their six power play opportunities, instead conceding a Wolf Pack goal while on the man advantage in the final minutes, the eventual game winner. Wolf Pack netminder Eric Clark made 22 saves to improve to 4-0-0 while Noah Masog made his second start for the Pilots stopping 37 shots.

It took a while for both sides to get into action. With under five minutes remaining in the first frame, and Abbotsford’s Devon Wolfe serving a slashing penalty, the Wolf Pack opened up the scoring at 15:45 from Sam Marburg (3) with helpers from Nathan Haaksma and Lucas Wong.

With momentum swing in their favour, Dominic Davis (10) would double North Vancouver’s lead only 38 seconds in to the period. The Pilots managed to answer very swiftly, scoring three times in a span of 5:28. Keith Chester (1), Hunter Brown (5), and Austin Moar (3) all contributed to the Abbotsford scoring effort to bring the game up to a 3-2 Pilots lead

At 3:27, Wolf Pack forward Alex Suprynowicz was hauled down by Pilots defence man Sahvan Gill on a breakaway which resulted in a penalty shot. On the ensuing attempt, Noah Masog was able to stop a backhand move Suprynowicz to keep the game tied. The North Vancouver comeback did not spark until late in the game at 14:48 when Nathan Haaksma Jacob Fournier (3) to tie the game at three. At 17:24, Samuel Marburg was given a minor penalty and misconduct for head contact. In what seemed to be a golden opportunity for Abbotsford to break the tie, it was ultimately the short handed Wolf Pack squad and captain Lucas Barker (12) who broke the deadlock at 18:31. Barker (13) would add a late empty netter to finish the game 5-3.

Next Pilots Game: Saturday (5th) in Mission against the Outlaws at 6:45pm.

-Friday’s game marked the season debut for Pilots forward Will Hazell-Penaluna, who was a late addition to the team to start the season. Hazell-Penaluna split time between the Pilots and the Port Moody Panthers during 2018/19, recording 22G and 23A. 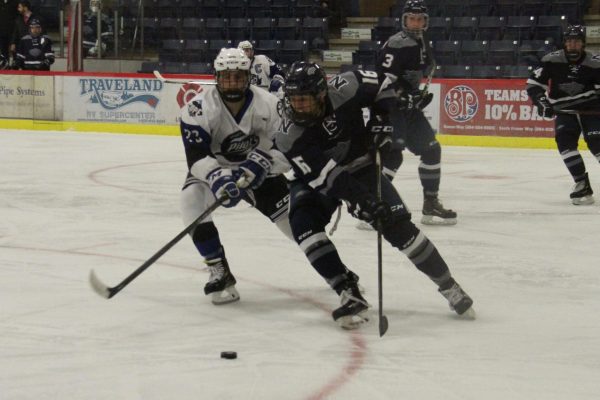 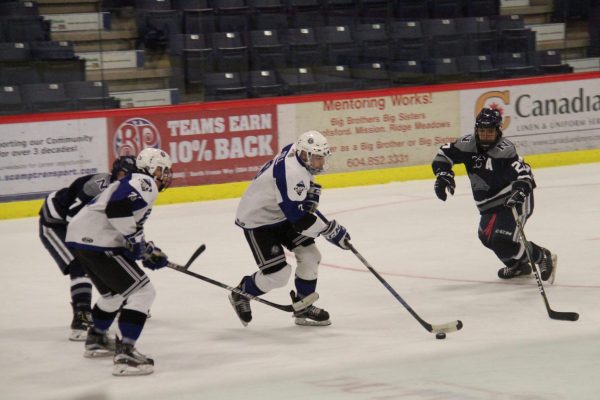 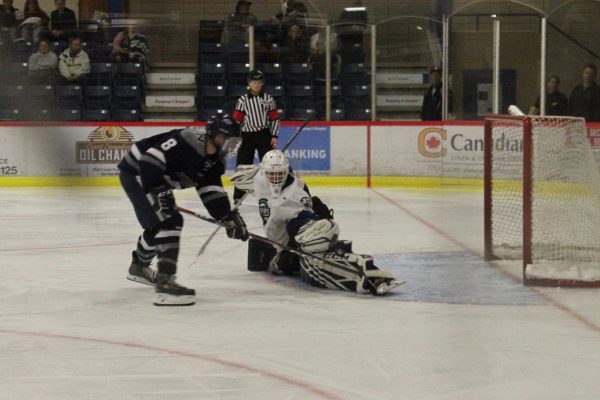