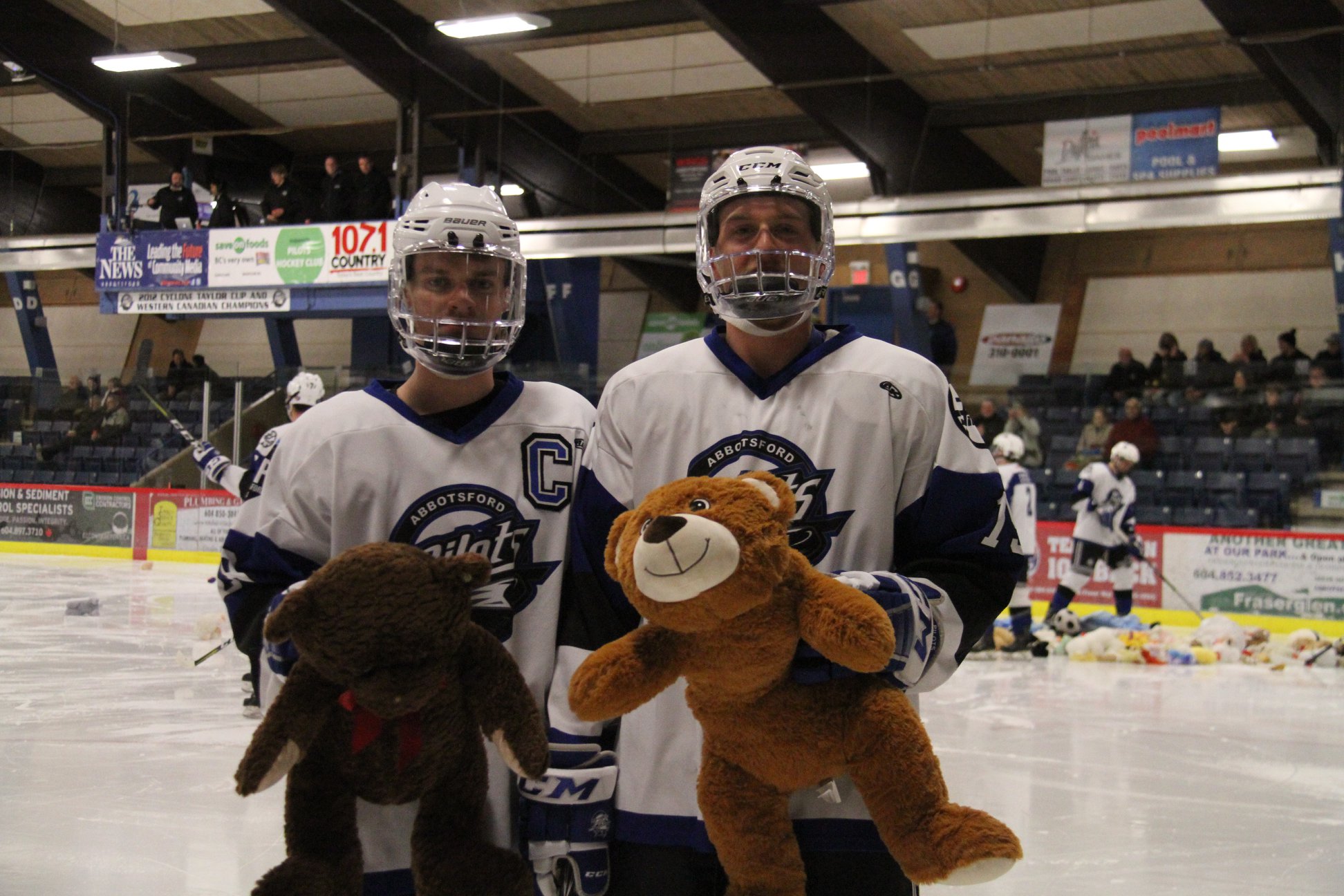 ABBOTSFORD – The Abbotsford Pilots are excited to announce that their Teddy Bear Toss Night is back for its 20th year! This year’s Toss Game will take place Friday, November 22nd at MSA Arena against the Langley Trappers.

Fans are encouraged to bring stuffed animals to throw on the ice after the Pilots score their first goal of the game. All stuffed animal donations will be split between the Salvation Army and the Abbotsford Hospice Society and distributed to local children in the Fraser Valley. Additionally, donations of non-perishable food items will be collected at the door, and a 50/50 draw will be held throughout the night to benefit the Hospice.

“For the 20 years that we have done this, the community support has been amazing with the number of bear and food donations, and the money that has been raised to support the Salvation Army,” says Pilots owner and general manager Jack Goeson.“This year, we are also able to incorporate the Abbotsford Hospice Society. I’m continually amazed at the support people give every year, it is very gratifying.”

Additionally, the Abbotsford Hospice Society will be involved with this year’s Teddy Bear Toss Night. The Hospice will receive stuffed animal donations to be distributed to children and youth in their Support Group Services, and as well be the beneficiaries of the game’s 50/50 draw. “It is a great honour for us to be partners with clubs such as the Abbotsford Pilots who believe an enhanced quality of life through community is important,” says Tania Inkster, Development Officer of Community Giving for the Hospice, “support like this allows us to provide our clients in the children and youth programs, and our staff, with unique opportunities and experiences to work through their grief journey.”

Doors open at MSA Arena at 6:00pm, and will feature a performance pre-game by The Salvation Army’s Cascade Christmas Brass. Tickets are available at the door, $10 for adults, $6 for students and seniors, and $2 for kids 12 and under. The puck drops at 7:30pm.