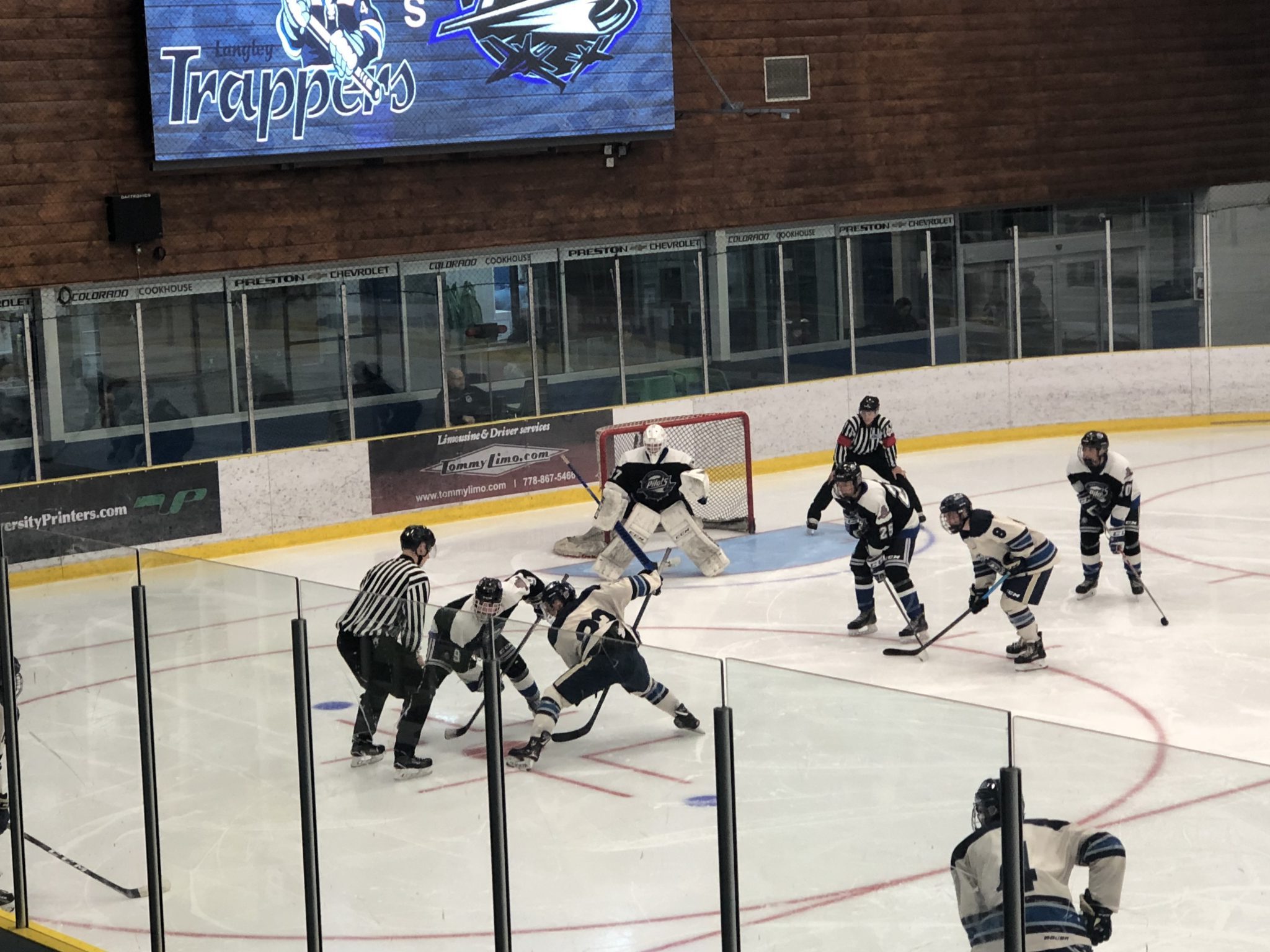 Abbotsford Pilots Open Their Season With A Win Over Langley

By The EditorSeptember 4, 2019October 1st, 2019Community, Sports
No Comments

LANGLEY – The Abbotsford Pilots fought through adversity, hung with the Langley Trappers, and opened up the 2019-2020 season with a 3-2 win at the George Preston Recreation Centre. In his regular season debut with the Pilots, Brock Machholz stopped 31 Langley shots en route to his first win.

With Langley’s Jakob Neilsen sent off for tripping at 7:34, the Pilots wasted no time to open the scoring. Mason Smith and Austin Moar fed rookie Hunter Brown (1) and he notched his first goal of his junior career, and the first goal of the Pilots season.

Abbotsford once again opened the period by scoring in an instant. A seeing-eye shot from Sahvan Gill (1) at the point beat Masog at the 2:00 mark. Assists were credited to Sean McCracken and Devon Wolfe.

In the final frame, it was Langley’s turn to put pucks in net. Braden Warburton (1) notched a power play marker at 3:33 to pull the home team within one. However, action through the 3rd was overshadowed by serious injury. At 15:37, Keith Chester slid hard into the boards behind the Langley net and lay prone on the ice while trainers attended to him. Members of the local fire department and ambulance services arrived shortly thereafter to provide extra support. After nearly 30 minutes, Chester was responsive and paramedics were able to transport him to a local hospital as a precautionary measure.

Once play resumed, Mason Smith (1) was able to restore the Pilots’ two goal lead at 13:46. The Trappers answered back quickly at 14:54 with yet another goal on the man advantage, this time from Carter Graham (1). A last minute 6-on-5 push from the Trappers was not enough as the Pilots would hang on for the win.