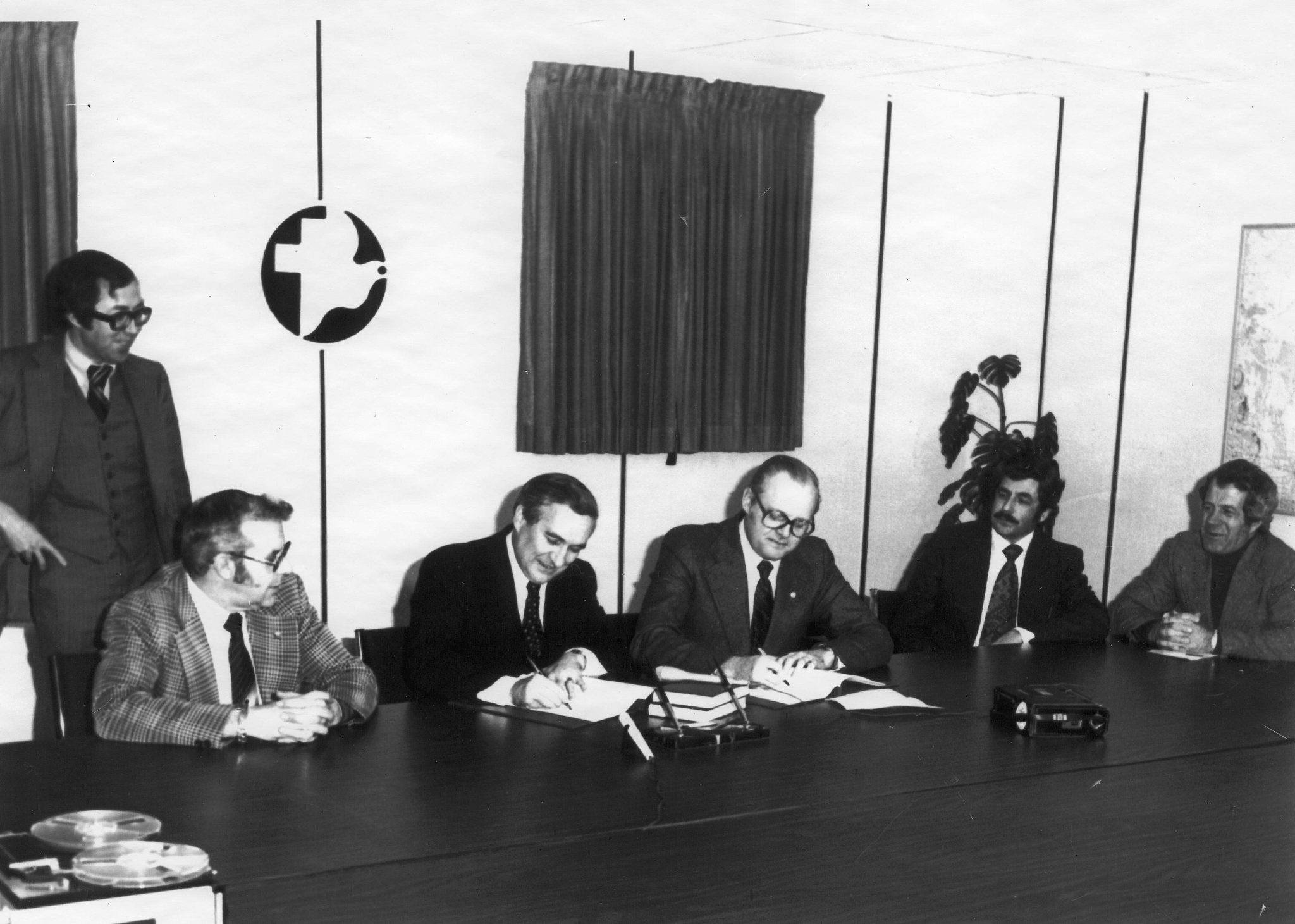 Unwilling to sit by and do nothing about the refugee crisis emerging from Vietnam, on March 5, 1979, Mennonite Central Committee (MCC) became the first agency to sign an agreement with the Canadian government to allow for the private sponsorship of refugees.In the 40 years since this first-of-its-kind sponsorship agreement, more than 12,500 refugees have been resettled in Canada through MCC.

In 1978, the plight of hundreds of thousands of Vietnamese “boat people” fleeing Vietnam seeking refuge was a cause of great concern to Anabaptist churches in Canada. MCC had programs working in Vietnam since 1954, but after the end of the Vietnam War in 1975, the staggering number of Southeast Asians who fled the region seeking refuge and resettlement warranted a new response. For many Canadian Mennonites and Anabaptists, the refugee crisis felt close to home – many Mennonite families came to Canada themselves as refugees and recognized their opportunity to pay forward the kindness shown to them.

Half of Canada’s 600 Mennonite and Brethren in Christ churches sponsored some 4,000 refugees for resettlement to Canada over the next 18 months. In the weeks and months following, dozens of other national church bodies and dioceses signed virtually identical agreements with the Government of Canada. The refugee crisis in Syria in 2015/16 represented the largest increase in resettlement activity since 1979, seeing more than 1,500 refugees welcomed to Canada by MCC over a span of twelve months.