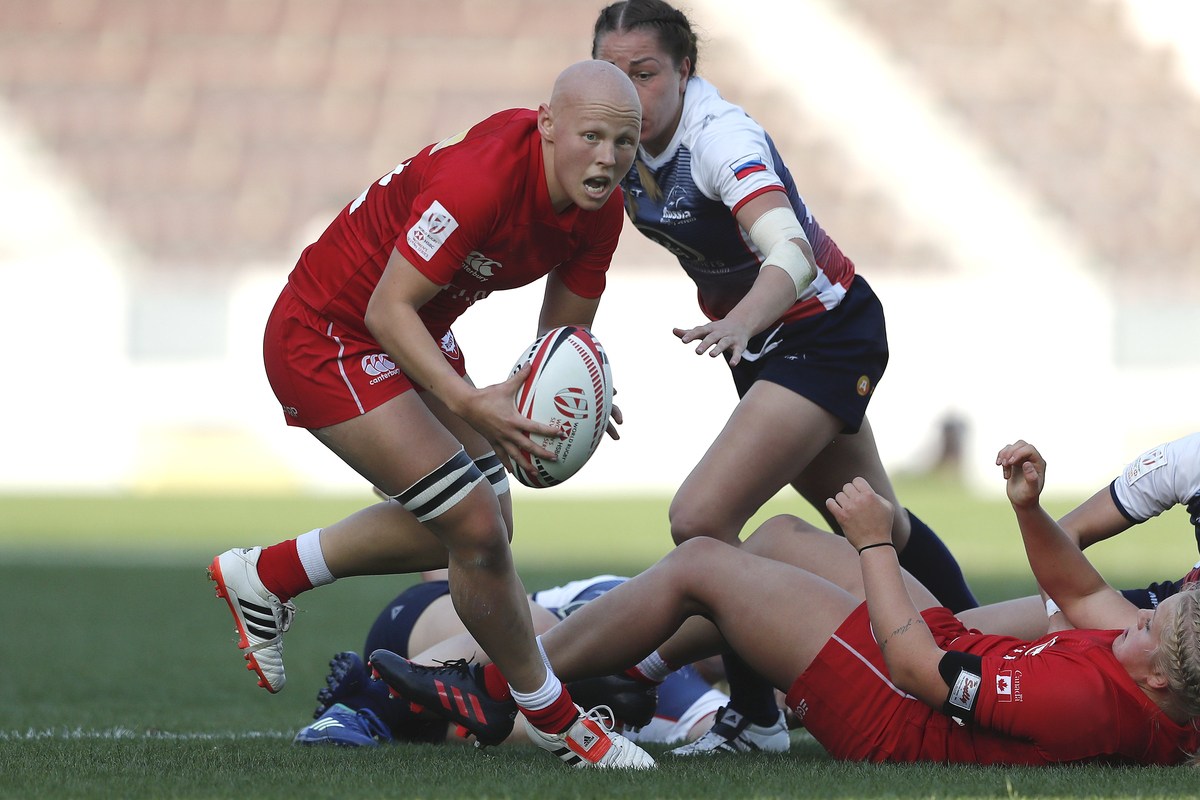 By The EditorSeptember 24, 2018September 30th, 2018Community, Sports
No Comments

France will be hosting Canada and other nations at their National training centre in Marcoussis, located 25km south of Paris, where they will face off in three days of scrimmages.

“For some of the players going it is purely about exposing them to a series-like level of play without worry of any results and for others, it’s about getting them match fit for the start of the World Series in Glendale in a few weeks’ time,” said Tait. “It will also give us an early measure of individuals form and our team structures ahead of the season as well.”

“We’ve also included Elissa Alarie and Paige Farries, from our National 15s program into the selection, to give us some more experience. They have both been in the 7s program in the last quad and will provide us some depth to our overall squad,” he added.

“I was really pleased with a lot of our play in Hokkaido, we sent a lot of inexperienced players, including two of our Youth Olympic group, mixed in with a couple of senior players who have been on several series tours the last few seasons. They competed well against an experienced Ireland team going 1-1, had some great defensive moments against the full Australia side and competed physically really well with everyone we faced. We know have more objective knowledge of work-ons and strengths for all of those who went as well as identified some team trends we need to address moving ahead,” said Tait.

“Experiences like Hokkaido and France are critical for the development of all our player’s game sense and game management, as it’s the closest competition-wise as you can get to the real thing and other then our own desire for success there is not much riding on the outcomes of these tourneys. With our goal of being top 4, by winning Olympic entry that way through the series, this season there is little margin for errors, so learning from these competitions is vital so we that we try and eliminate and reduce potential errors by the time it really counts moving forward.”