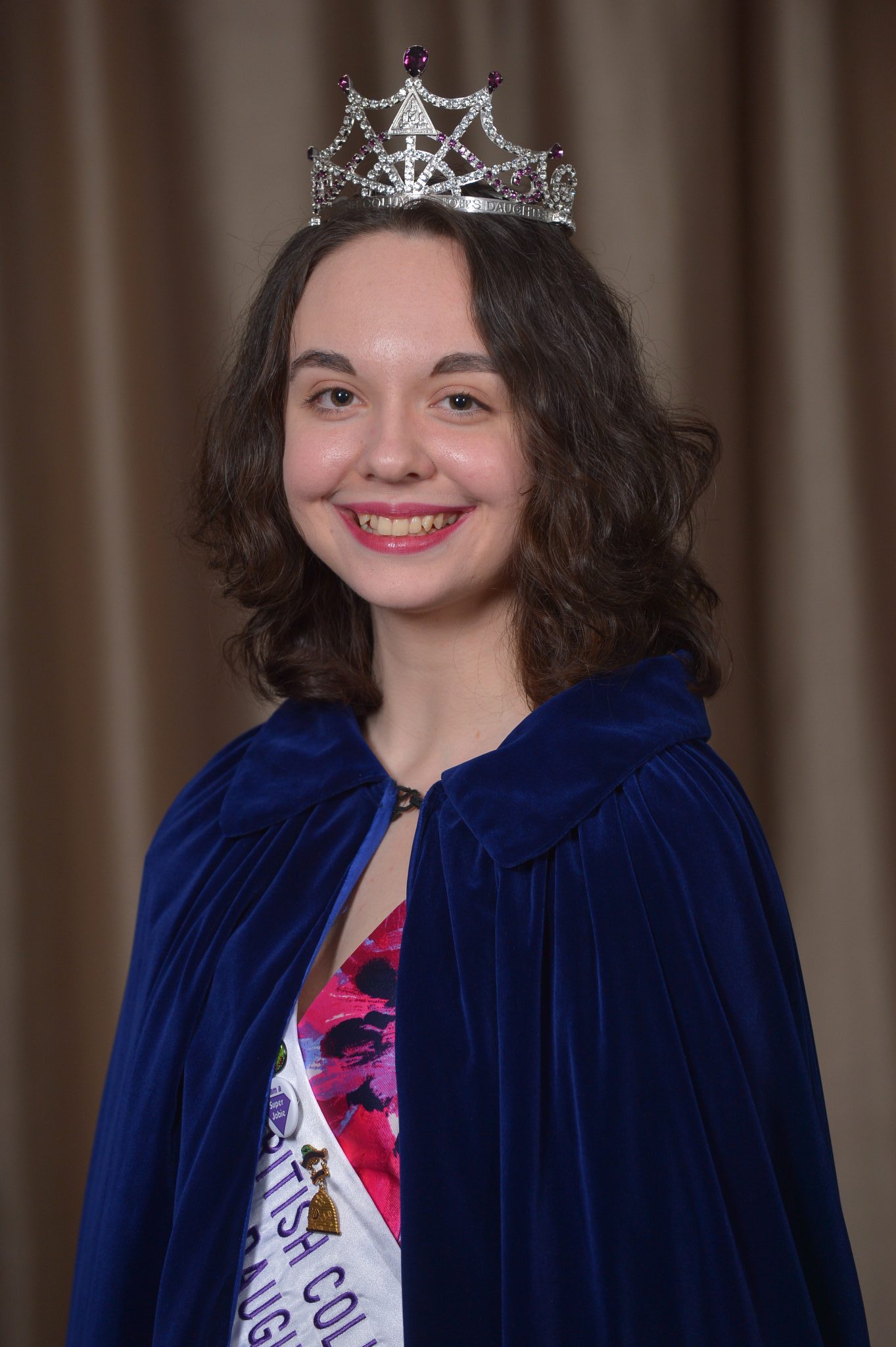 Fairbairn-Wiebe was crowned at the Miss BC Job’s Daughter Pageant March 22nd, 2019 at the Sheraton Vancouver Guildford Hotel. The competition featured a written exam about the organization, a personal interview, a performance of a memorized speech, and a pageant where she was asked a number of on-stage questions. She scored top marks in all four of the categories. She will now represent the youth group as a provincial ambassador for the next year.

Job’s Daughters is an organization for girls between the ages of 10 and 19 who are looking to improve their self-confidence, leadership, and teamwork skills. It helps young women improve their public speaking, gain volunteer experience, earn scholarships, and have the opportunity to travel. The youth group has members in Canada, the United States, Australia, the Philippines, and Brazil. Fairbairn-Wiebe has been a part of the organization for four years.

“The transformation that every girl has is significant. Not only have I developed my business and social skills dramatically, but I also have lots of achievements to put on my resume.”

The 19-year-old is currently in her second year of her Bachelor of Arts degree at the University of the Fraser Valley. She hopes to pursue a Masters degree at UBC so she can become a Librarian. She credits the organizational skills she’s learned in Job’s Daughters with helping her manage her busy schedule.

Fairbairn-Wiebe says she’s grateful to be a part of a strong network of women. She believes that in the age of social media, it’s particularly important for girls to be surrounded by positive role models.

“I think that Job’s Daughters empowers women in that we are told to be ourselves within the organization. We are taught how to flourish within our environment, whatever that may be.”

The teen kicks off her tour across the province this month beginning in Langley. She’ll spend the next year visiting communities in the Interior, Vancouver Island, and the Lower Mainland. Her goal for the year is to grow membership.

Fairbairn-Wiebe will also be representing BC in the Miss International Pageant being held in Overland Park, Kansas in August. She’ll compete against 30 other young women from around the world.For more information on Job’s Daughters please visithttp://www.bcjobsdaughters.org/. You can also find us on Facebook, Instagram, and Twitter.