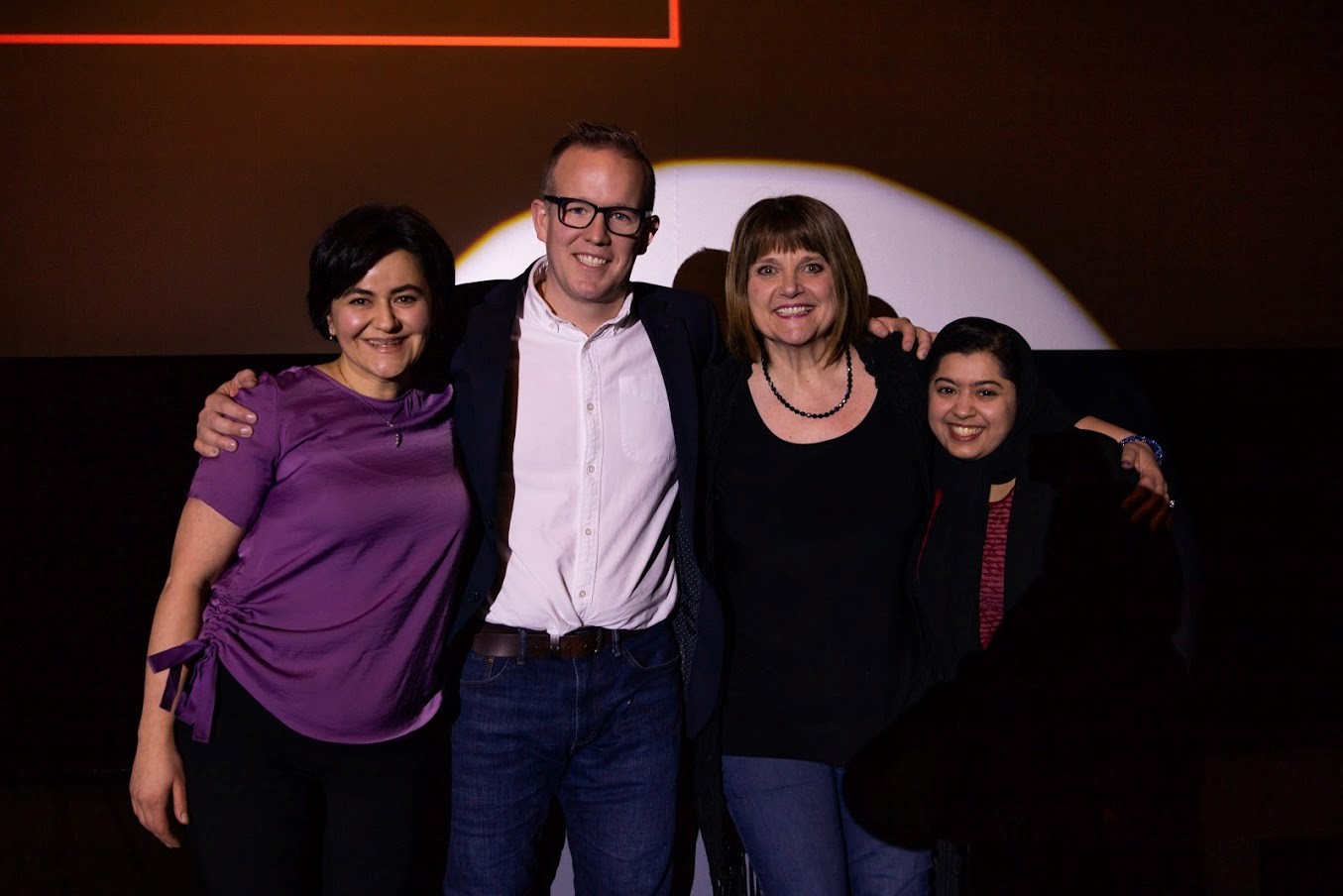 By The EditorFebruary 4, 2019February 20th, 2019Community, Education
No Comments

Chilliwack, BC – TEDxChilliwack held its second Applicant Showcase Night on January 31. Fifteen people from this year’s applicants took the stage for four minutes each. In their time on stage, they explained what their “idea worth sharing” was, why they are qualified to speak on it, and how it would encourage TEDxChilliwack attendees to take action. Following their 4-minute synopsis, each speaker was posed a question from one of the emcees.

When all fifteen speakers had taken their turn, the sold-out theatre audience voted for “The People’s Choice”. At the same time, a speaker selection panel of TEDxChilliwack organizing committee members chose three additional applicants to move on to speak at TEDxChilliwack’s main event on April 13, 2019 at G.W. Graham theatre.

When votes had been cast, and speakers selected, the following four people were chosen:

These four successful applicants will join the first four speakers chosen on at the Applicant Showcase Night on January 24 in moving on to the April 13 TEDxChilliwack event. Additionally, the organizing committee has previously curated four additional speakers to speak. One of the curated speakers, Steven Point (Xwĕ lī qwĕl tĕl), is well known in Chilliwack. Mr. Point has served as Chief of the Skowkale First Nation, the Tribal Chair of the Stó:lō Nation, was Lieutenant Governor of British Columbia from 2007-2012, and is currently a provincial court judge. The other curated speakers will be announced at a later date.

Michael Berger, TEDxChilliwack marketing chair and event co-emcee, said, “If you’ve attended the Applicant Showcase Nights, you know how difficult it is for our selection panel to make their choices. We’re confident that the group chosen will put on an outstanding show on April 13.”

Tim McAlpine, TEDxChilliwack director added, “Ideas worth spreading is not only TED’s vision, but also TEDxChilliwack’s vision. With the lineup of speakers we have chosen, attendees to our event on April 13 will have a chance to hear many intriguing ideas.”

The Applicant Showcase Night is the second in the series of events leading up to the TEDxChilliwack main event on April 13, 2019 at G.W. Graham Theatre. Tickets are on sale at www.tedxchilliwack.com for only $49, which includes lunch and refreshments.

The first TEDxChilliwack event took place in 2016. Each year since, the organizing committee has refined and improved on the process of finding, selecting and supporting potential speakers. TEDxChilliwack has attracted dozens of nascent and experienced speakers who have given engaging talks on an array of subjects related to the year’s theme. With this year’s theme, “On Purpose”, TEDxChilliwack will give audiences an elevated experience with top-quality, enthralling speakers and a unique and entertaining event.

TEDxChilliwack (www.tedxchilliwack.com) is a not-for-profit, annual one-day event held in Chilliwack, British Columbia. Come hear live speakers share innovative and optimistic ideas with a community of open and curious minds searching for ways to make a difference. TEDxChilliwack is independently organized and operated under a license from TED.