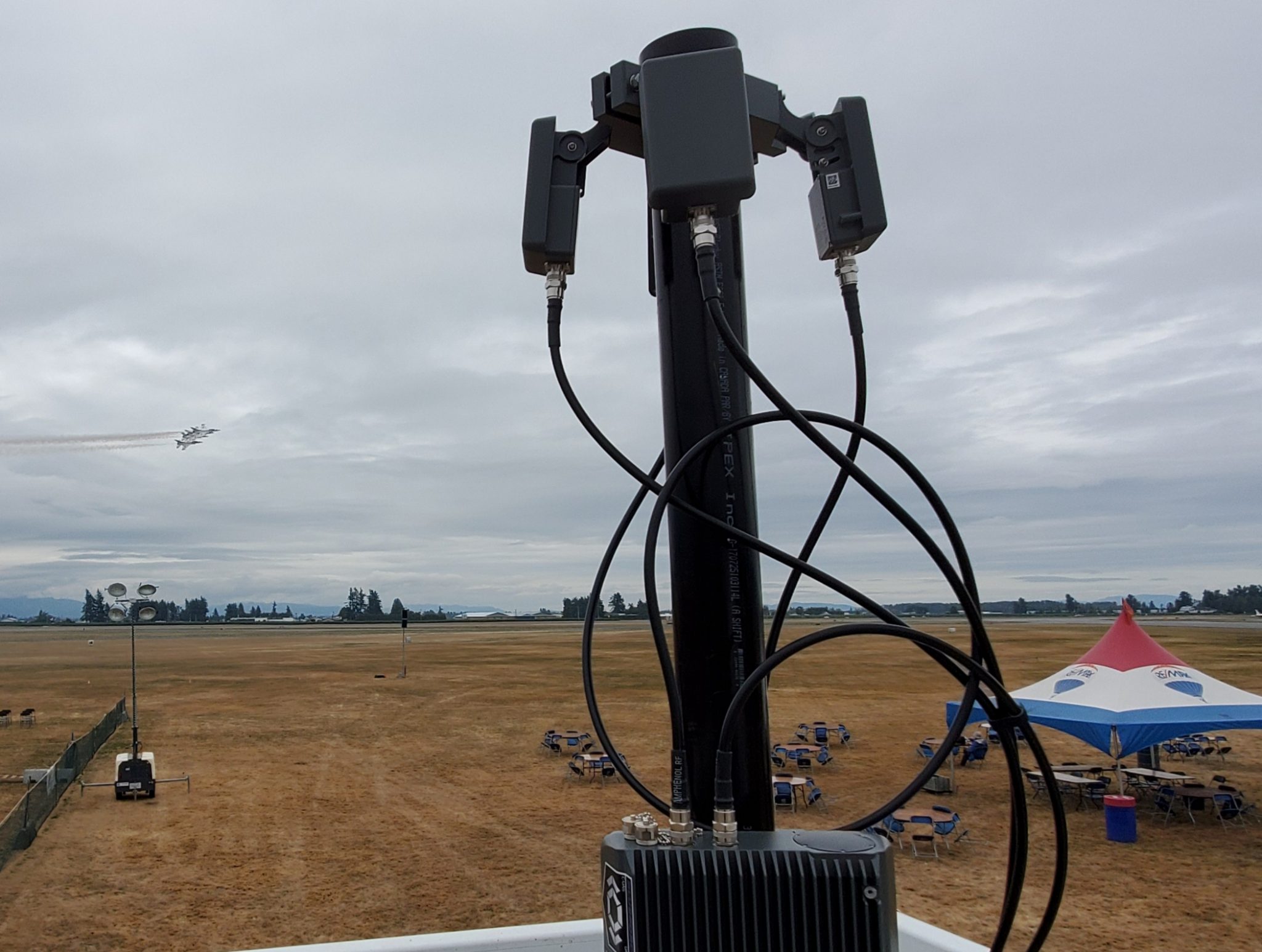 By The EditorAugust 23, 2019Local, News & Politics
No Comments

A sophisticated system for detecting, identifying and pinpointing drones was used as an additional layer of security at August’s Abbotsford International Airshow, one of Canada’s premiere aviation events. This technology significantly reduced any risk that a Remotely Piloted Aircraft System (RPAS) could intrude on a busy airspace, whether intentionally or unintentionally.

Using a system provided by Bravo Zulu, which specializes in drone  countermeasures and is a subsidiary of BC’s InDro Robotics, operators were able to scan for any RPAS to ensure the show’s airspace remained secure.

“We had it there to protect the crowds and the pilot of the aircraft from drone strikes. If a jet were to collide with one or have it sucked into the motors that could be devastating – not just to the pilot of the aircraft but also to the spectators,” says Abbotsford Police Department Constable Robert Hryhorczuk, who spearheaded security at the event and is also the department’s RPAS lead (as well as a former private pilot).

The system was installed and operated by BlueForce UAV, run by two retired professionals with deep expertise in RPAS, telecommunications, airspace regulations and law enforcement. Using a product made by global drone giant DJI called the Aeroscope, they were able to detect and identify drones. Anyone with the secure software could see, in real-time, the model, speed, altitude and trajectory of any drone – along with the location of its pilot – operating within range of the setup.

“I was impressed,” says Brian Fentamin, BlueForce’s CTO. “We were picking up drones up to 23 kilometres away, with the antennas maybe 15 feet in the air. We were able to get the location of the drone and pilot, accurate to within three metres.”

Reaction from officials behind the scenes, says Constable Hryhorczuk, was “really positive… We’re getting drone complaints all the time, even as high as 2,000 feet. This will go a long way for airports and towers.” Prisons (where drones drop contraband), nuclear facilities, sporting events, parades and more could benefit from such detection. Bravo Zulu specializes not only in detection, but also countermeasures capable of electronically disrupting a pilot’s control and forcing a drone to the ground. Only the RCMP can use it in Canada, but Bravo Zulu has deployed systems to many global locations – including aboard ships to detect and disable drones flown by pirates.

“We’ve had a lot of learnings in the Middle East over the past couple of years,” says Philip Reece, CEO of InDro Robotics. “And now we’re moving into commercial shipping.” Use-case scenarios are only growing, he says, noting “We’ve even seen weaponization of consumer drones in conflict zones.” 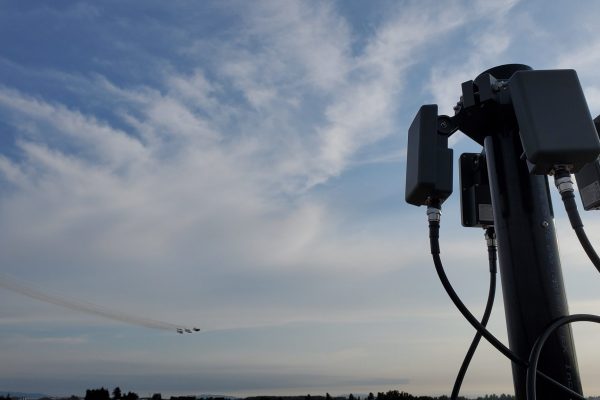 The Aeroscope comes in variants capable of detecting drones over various ranges. This system, using four antennae, has a range of 25 km. At the Abbotsford International Airshow it was used as an extra layer of security, and detected the location of multiple drones and their pilots. Image courtesy of BlueForce UAV. 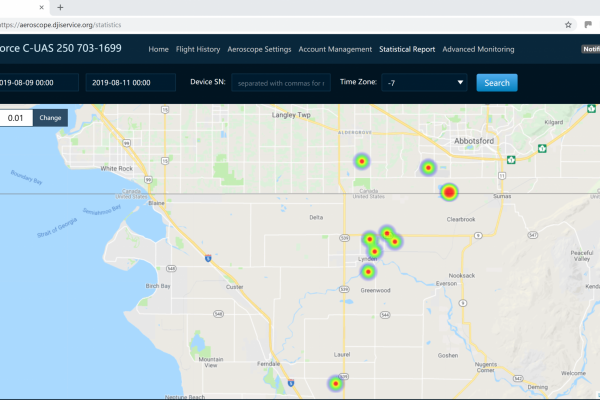 A screen grab from the software shows the location of drones and their pilots. The first RPAS detected by the system was 23 kilometres away, across the border in the United States. The system can pinpoint the model, speed and trajectory of a drone with an accuracy of three meters, and also detect the location of the pilot. Image courtesy of BlueForce UAV. 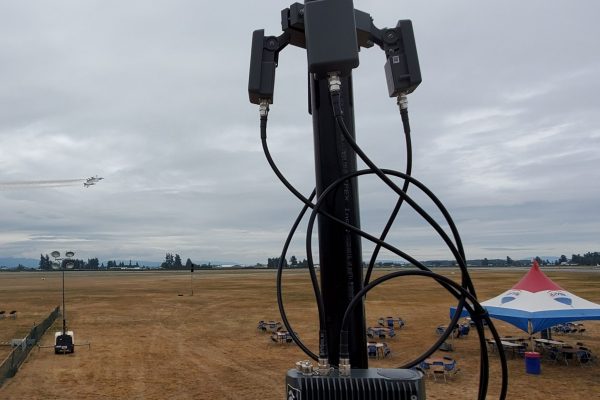 This drone detection system, supplied by Bravo Zulu and operated by BlueForce UAV, was used at the Abbotsford International Airshow. Organizers and regulators were impressed by the system’s real-time detection capabilities. Image courtesy of BlueForce UAV

ABOUT: Bravo Zulu is a global leader in drone detection, Electronic Counter-Measures (ECM), and specialized RPAS applications, including surveillance and Artificial Intelligence. It primarily serves the marine, defence and security sectors. It is a subsidiary of InDro Robotics.

ABOUT: InDro Robotics is a leading Canadian technology firm that designs and builds specialized RPAS for First Responders and Law Enforcement, along with related technologies. It has tremendous expertise in data acquisition and analysis, training, and is one of only four companies in Canada with Transport Canada approval to fly Beyond Visual Line of Sight (BVLOS). Its products have been used to great effect in emergency situations, including a massive fire in Victoria. Another InDro product, FireStream, is of great benefit to First Responders.