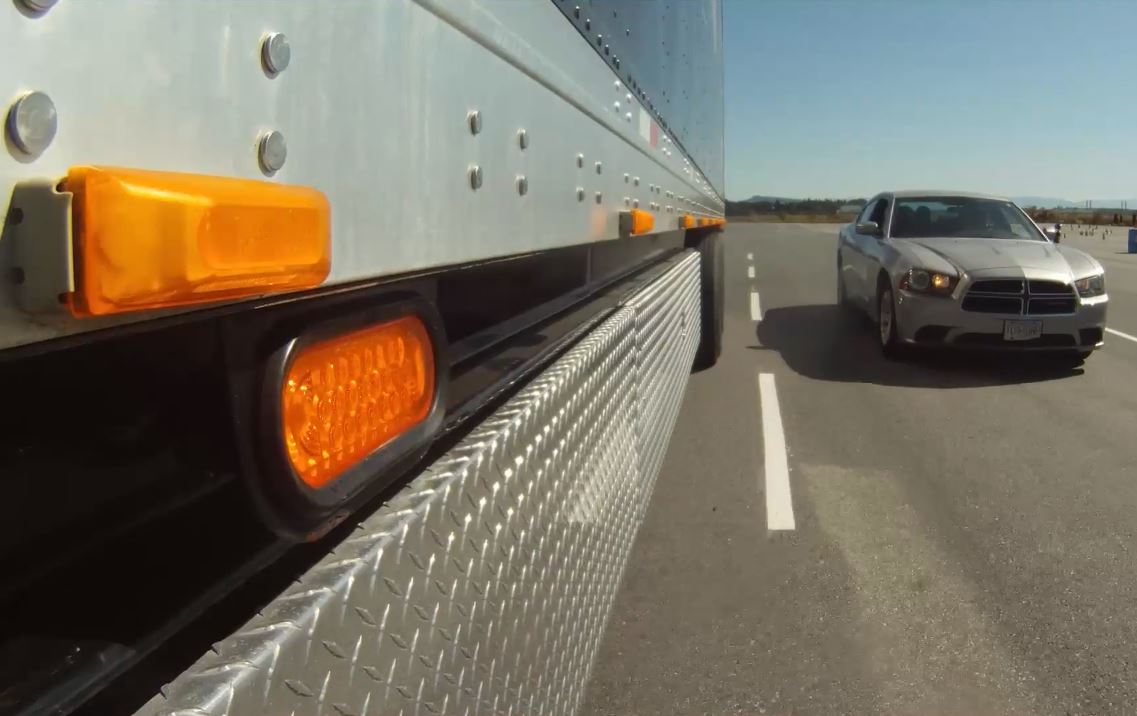 Drivers Urged To Be Truck Aware To Reduce Crashes

Submitted.  Drivers are being urged to take extra precautions around large trucks to reduce crashes that result in a significant number of fatalities each year in British Columbia.

The Be Truck Aware campaign, led by an alliance of B.C. road safety stakeholders, coincides with Operation Safe Driver week, a continent-wide initiative in which police and commercial vehicle safety and enforcement (CVSE) officers will be ticketing drivers of both cars and trucks for failing to share the road and follow safe driving practices.

Be Truck Aware is a combined campaign of education and enforcement aimed at reducing car-truck crashes. Passenger vehicle drivers are urged to:

* Leave space: Large trucks need extra room to stop and to turn. Don’t take away their turning or braking room.

* Don’t merge too soon: When passing a truck, make sure you can see both its headlights in your rear-view mirror before merging back into the lane. If you merge too soon, the truck driver may not see you or be able to stop in time to avoid a crash.

* Be visible around trucks: Either slow down or move well ahead of large trucks to stay out of the truck driver’s blind spots.

* Anticipate wide turns: Watch for trucks making wide swings to turn right. Never drive ahead in the right lane beside a turning truck.

Similarly, truck drivers are being urged to take precautions to reduce crashes and their severity:

* Ensure brakes and tires are in top condition to minimize stopping distances.

* Adjust speed and driving in poor weather and road conditions.

* Stay sharp and focused by getting plenty of rest and eliminating in-cab distractions.

* Make sure loads are well-balanced and secure to reduce the likelihood of a crash and its impact on others.

“Everyone has a part to play in staying safe on our roads, so whether you’re walking, cycling, riding or driving – always Be Truck Aware. As part of BC’s Road Safety Strategy, we urge all drivers to employ safe driving practices and use extra caution around large commercial vehicles in order to reduce the kinds of crashes that result in tragic fatalities each year in our province.”  Mike Farnworth, Minister of Public Safety and Solicitor General –

“We are committed to working together with all of our road safety partners to make our highways, bridges and roads as safe and efficient as possible. Large commercial vehicles take longer to stop and turn, so it’s really important to leave extra space for them when on the road. We support the Be Truck Aware initiative and we encourage all drivers to be educated about large trucks and to use safe driving practices.” Claire Trevena, Minister of Transportation and Infrastructure –

“WorkSafeBC is proud to partner in this alliance’s commitment to eliminating incidents, injuries and fatalities involving commercial trucks and passenger vehicles on B.C. roads. Every commercial truck driver is a worker who deserves to arrive home safely. We urge all truck drivers and employers of drivers to also do their part to reduce the risk of collisions, including ensuring brakes and tires are in top condition, using caution in poor weather conditions, eliminating in-cab distractions, being well-rested and ensuring loads are well-balanced and secure.” Chris Back, director, industry and labour services, WorkSafeBC –

Some facts you may not know:

* In an average year in B.C., large trucks are involved in less than 1% of all crashes – but they’re involved in nearly 20% of fatal crashes.

* On average, between 2011 and 2015, 285 people were killed each year on B.C.’s roads and highways, 61 of them in crashes involving at least one large commercial vehicle.

* A survey of B.C. drivers conducted for the Be Truck Aware Alliance in June 2017 found that 80% of drivers surveyed claim to know how to drive safely around large trucks, but over 40% don’t always drive that way. Nearly one-third of drivers surveyed say they feel nervous driving around big trucks all or most of the time.

* Additional studies show that in fatal car-truck collisions, two-thirds or more of the incidents are found to be the fault of the passenger vehicle.

To learn more about the Be Truck Aware campaign, visit: www.gov.bc.ca/betruckaware