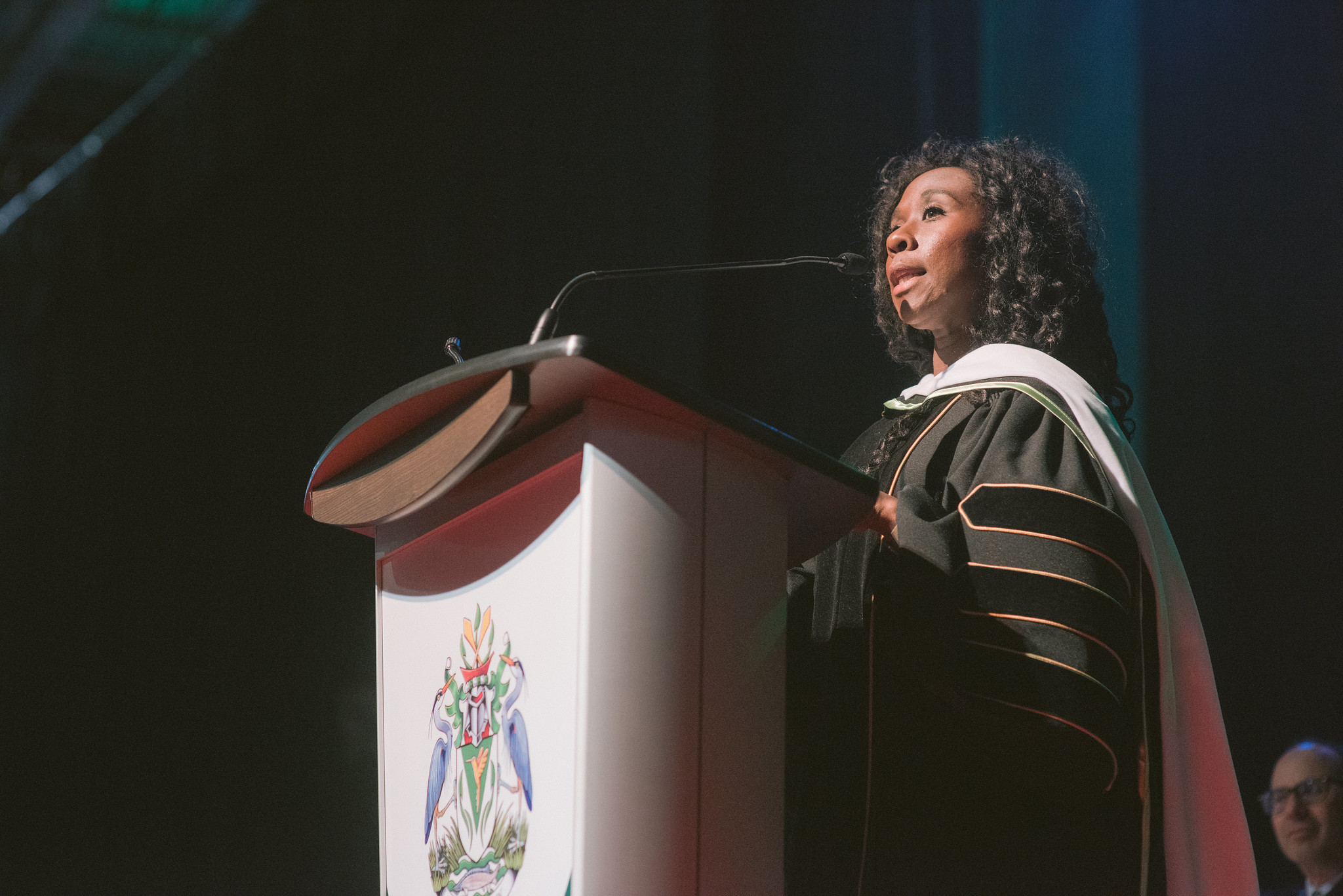 A Canadian writer with a global reputation will be recognized with an honorary degree at the University of the Fraser Valley  on June 4.

Author Esi Edugyan of Victoria has won the prestigious Giller Prize for Canadian literature twice, including in 2018 for her novel Washington Black, which was also named to a number of Canadian and international Top 10 and bestseller lists last year.

The ceremony takes place at the Abbotsford Centre starting at 2:30 pm and the public is welcome.

“In a climate in which so many forms of truth-telling are under siege, this feels like a really wonderful and important celebration of words,” she said in her most recent Giller acceptance speech.

Edugyan first won the Giller in 2011 for Half-Blood Blues — which was also shortlisted for the Booker Prize, the Writers’ Trust, and the Governor General’s Literary Award for Fiction.

Born and raised in Calgary to Ghanian immigrant parents, Edugyan moved to Victoria to study creative writing at the University of Victoria. She also earned a master’s degree from Johns Hopkins Writing Seminars.

Her debut novel, The Second Life of Samuel Tyne, written at the age of 24, was published in 2004 and was shortlisted for the Hurston-Wright Legacy Award in 2005.

Edugyan was nominated for the UFV honorary degree by UFV Provost Eric Davis.

“One of the core values of our university is that of the transformative potential of education. Esi Edugyan’s latest novel aligns perfectly with that value,” he noted in his nomination letter. “It tells the story of a young boy, Washington Black, who devotes himself — against all odds — to self-education and the transformation of himself from a slave to a free man; and who continually tries to find and/or create a community in which he, and others like him, can truly belong.”

Davis added that through her writing, Edugyan has extended the boundaries of the human experience and encouraged us to see the world through others’ eyes.

“To empathize with Edugyan’s characters, a process she makes exceedingly easy and enriching, her readers must extend the boundaries of their own experience. Her novels not only result from and display great learning, they are inspirational celebrations of the human spirit which invite our imagination to recreate lost worlds (the jazz scene in Nazi Germany and 19th-century slavery, for examples) and invite us to imagine the lives of the forgotten, powerless, disenfranchised, and dispossessed.”

When asked by the CBC about the role of fiction in turbulent times, Edugyan mused on the power of fiction to open doors to the experiences of others.

“I think it’s all too easy to deny the humanity of others, especially when they’re hugely unlike ourselves. One of the things that fiction can do is put you into the feelings, the psyche, the body of somebody who is wholly unlike yourself. If you read this and you can start to see the similarities between your own experience and that of somebody wholly unlike you, I think that’s very important.”